After spending most of yesterday in and around central Lisbon, today I took it upon myself to visit the Western side of the city, namely the neighborhood of Belém, home to quintessential Portuguese landmarks like the Tower of Belém or the Monument to Discovery. 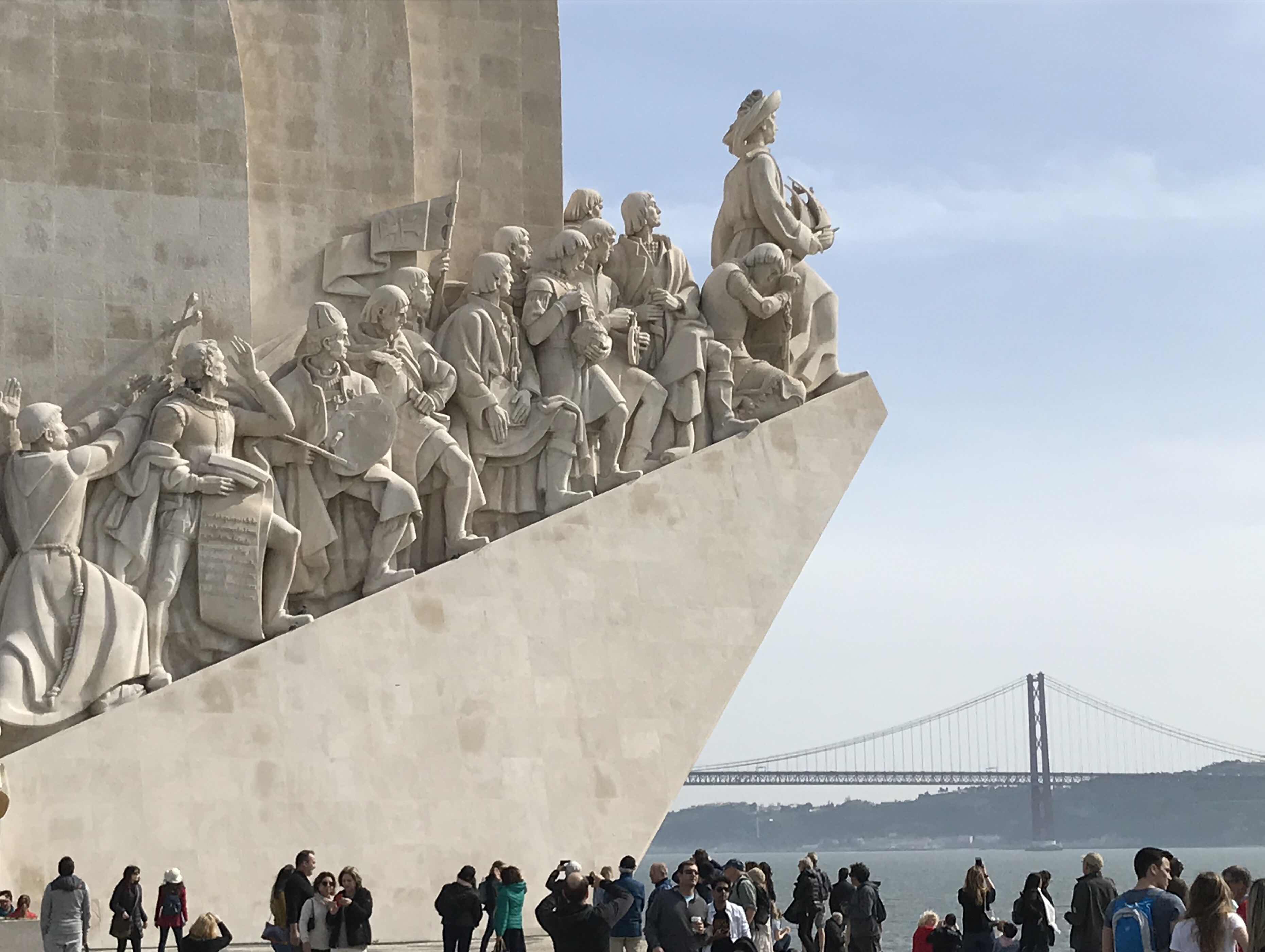 Belém isn’t really served by the metro, so it’s best to go by bus. When researching different bus routes to get me there from my hotel in Avenida da Liberdade, I found a bus that in about half an hour would take me to the Palacio Nacional da Ajuda. You know that I love me a good palace, so I jumped at the chance, by jumping on the bus!
The Palacio Nacional da Ajuda is the Portuguese Royal Palace, which is well preserved and open to the public for €5 a ticket. It was built in the 18th century, which makes it more recent than other European palaces, and which also means that it is entirely Neoclassical in its style. Shockingly, even though it’s a beautiful place and well worth a visit, I was the only person in the entire palace for pretty much my whole visit; only at the very end did I run into a group of people that seemed to be attending an event at one of the temporary exhibitions. It was wonderful to walk the luxurious halls of the royal family’s old residences as if I owned the joint! 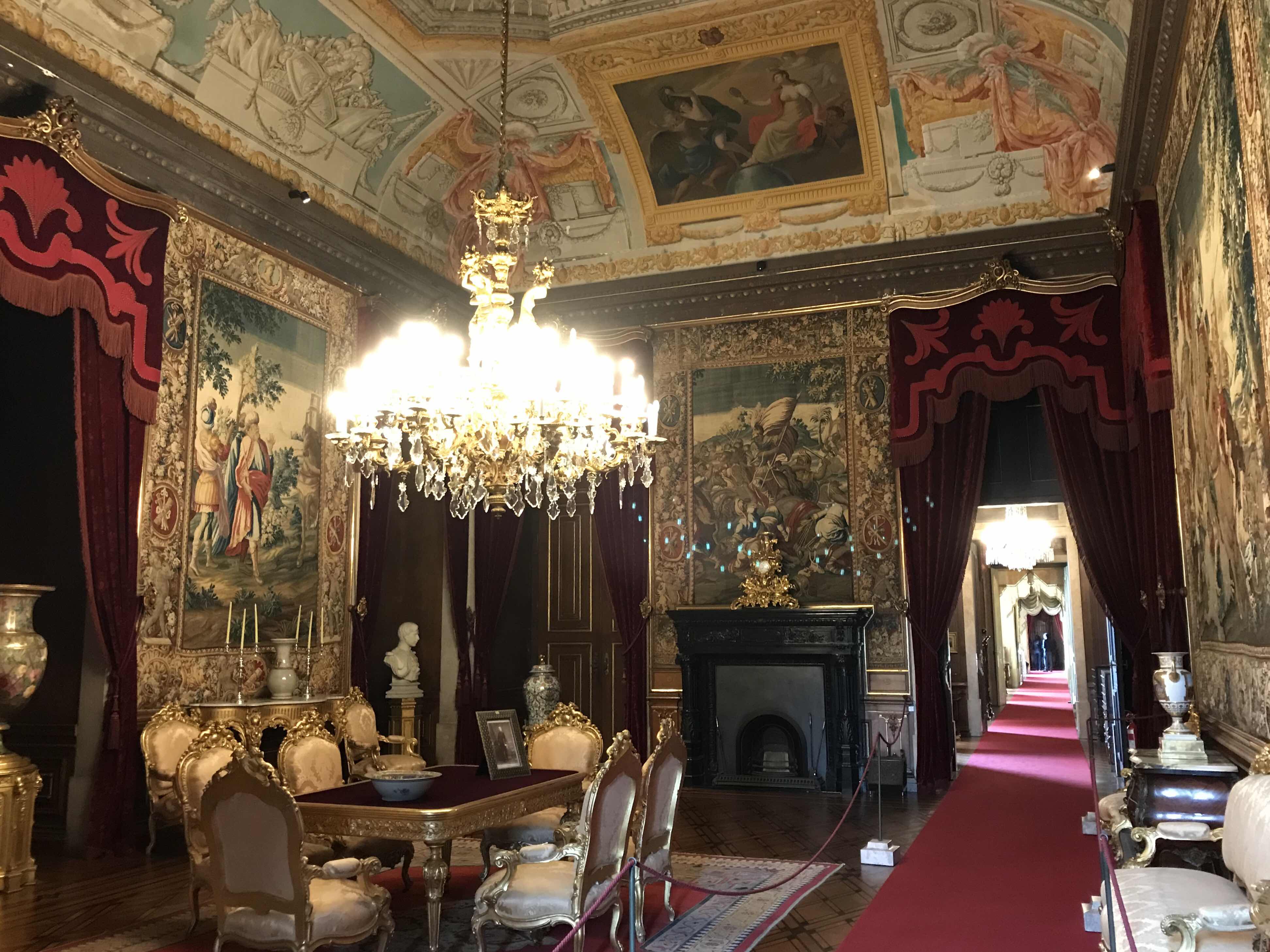 What most struck me about Ajuda was that every single room, even the smallest, most functional ones, had vaulted painted ceilings, with massive glass chandeliers hanging from them. Each room was done in a different style, and all were lavishly decorated. One highlight is the ample throne room, and another is the dining room, which was all laid out for a state dinner (a sign said that it’s still used today!). 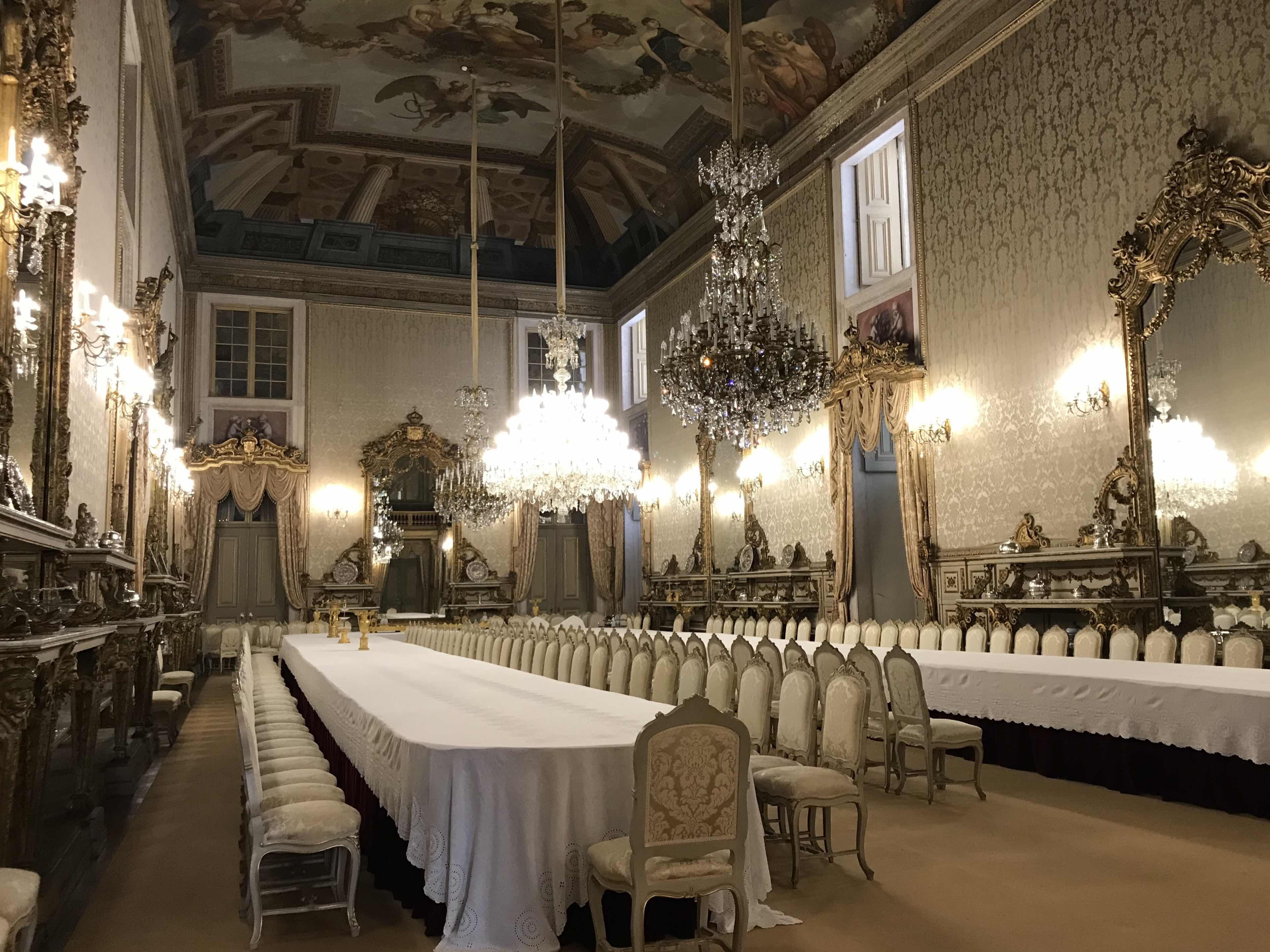 After the palace, I took another bus to take me down the hill, to water level, to check out the famous Torre de Belém! It’s a beautiful military fortified tower built in the 16th century on the banks of the Tagus river -nowadays it’s pretty much in the river, connected to land by a wooden walkway. You can go inside, and honestly the queue wasn’t even that bad, but I wasn’t terribly interested in the inside so I opted to just walk around the tower and enjoy the sun, the view of the sailboats going up and down the river, and spotting the different windows and balconies in the tower. 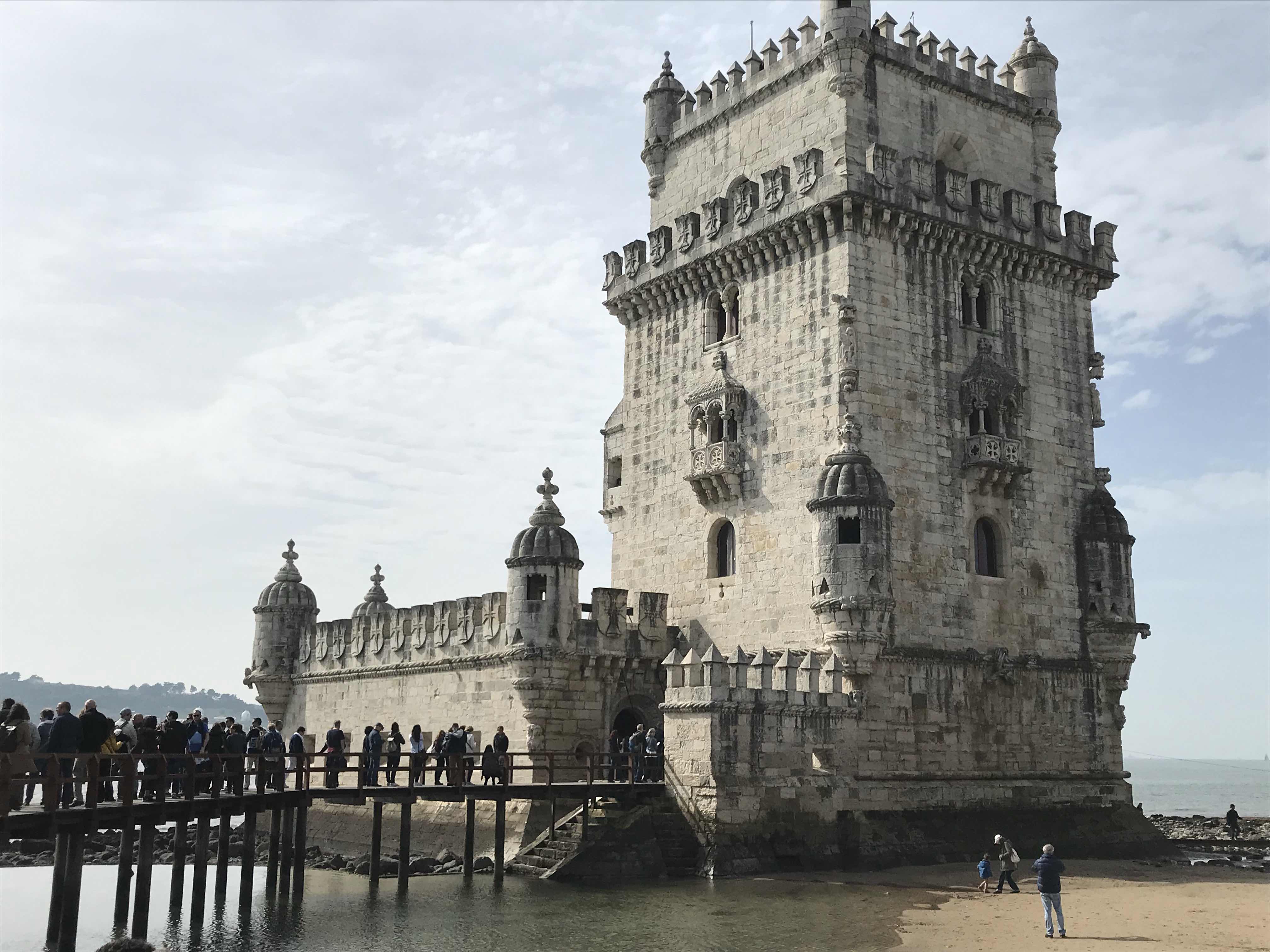 From there, it’s a very short walk to the Padrão dos Descubrimientos, another iconic Lisbon sight: a large concrete monument from the 1960s erected in honor of the Portuguese sailors, explorers and statesmen who kickstarted the Portuguese dominion over the seas of the 15th and 16th centuries. It makes for an interesting view, as if the sculpture was ready to take off and sail into the water.
I wasn’t done with Belém yet, though, because I had one last visit on my to-do list: the Monasterio dos Jeronimos, an impressive 16th-17th century monastery just a short walk north from the monument. Somewhat annoyingly, you have to queue at one gate to buy the ticket (ten bucks) and then you have to walk out to a different gate to walk into the monastery proper. For a monastery so old, it’s strikingly large, with a spacious two-storey cloister full of arches, fan-vaulted ceilings and adorned columns. 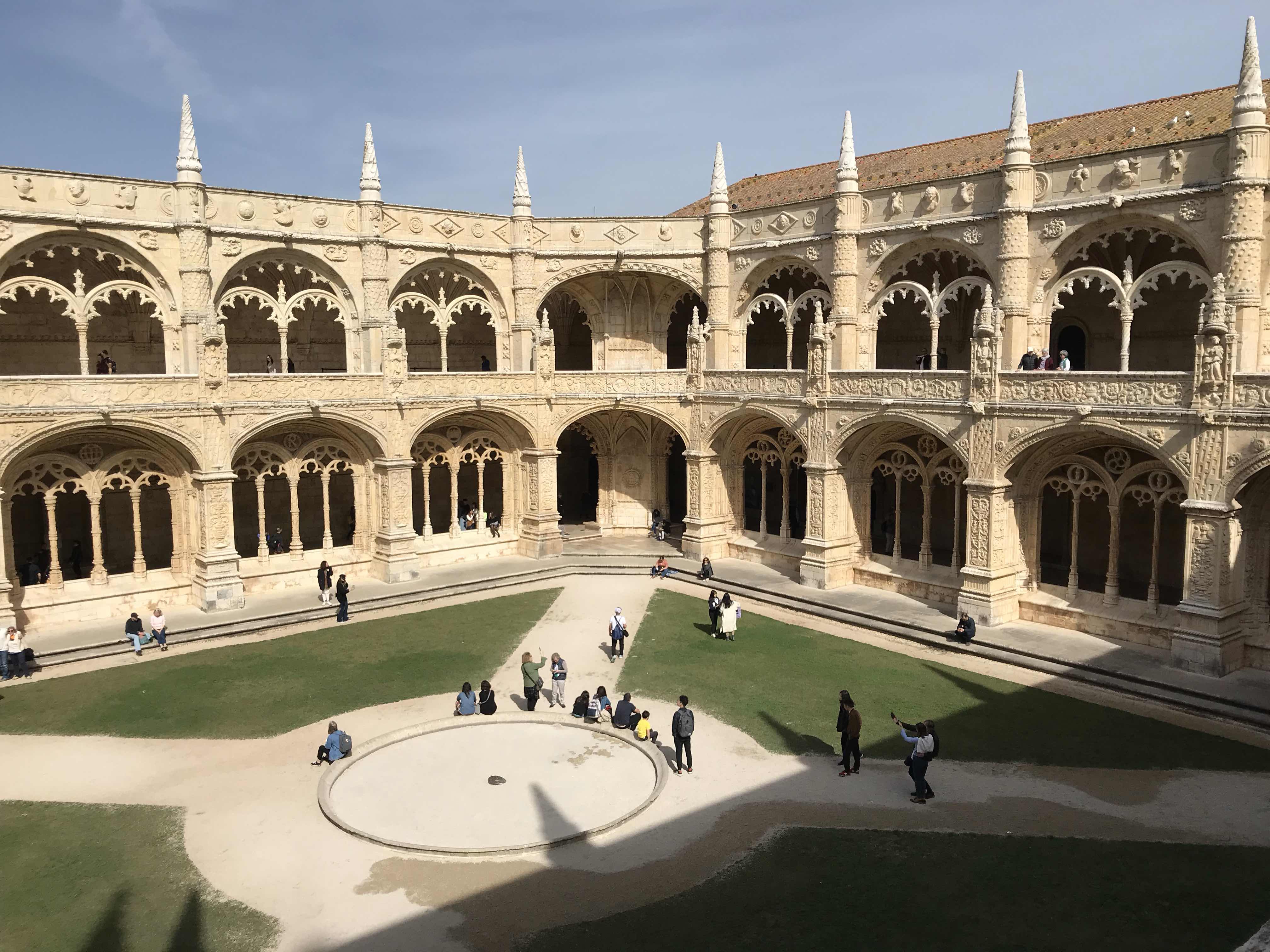 Just as impressive is the church attached to the monastery, with robust, carved pillars and high stained glass windows. I saw it from the choir platform above, and then you can also walk onto the ground level directly from the street. Unlike the palace atop the hill, here there were a lot of people, but again the spaces are so wide that it never feels too crowded -except when you’re trying to take the perfect picture and there’s simply no possible angle without a dozen heads… 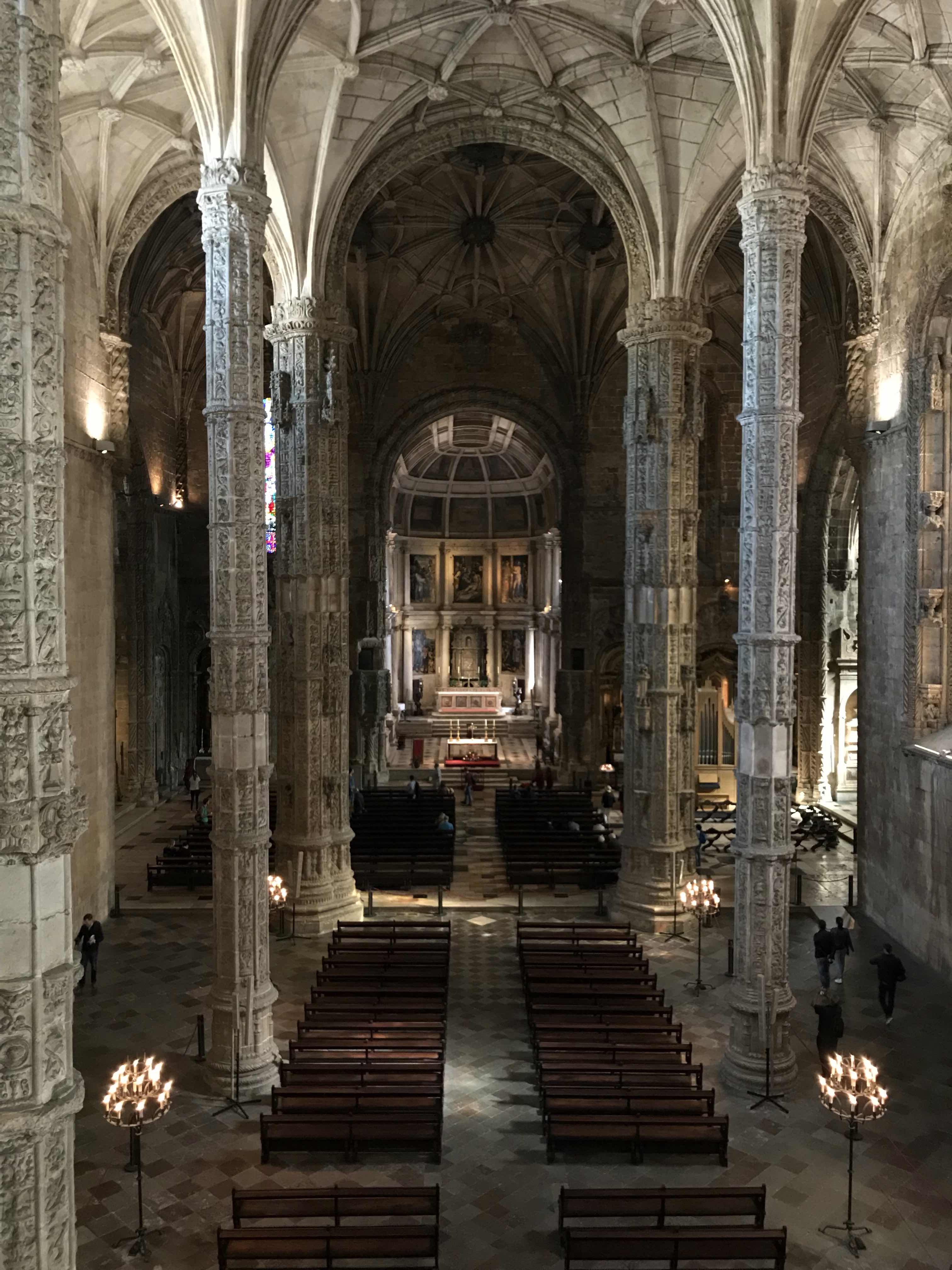 By now it was high time I had lunch, so I ate a perfunctory burger nearby (I had a way better one earlier in my trip at Hamburgueria a Gina, not far from the reservatorio). In the spirit of transparency, I simply chose the restaurant that was closest to Pastéis de Belém, the most famous pastelaria to get another hit of pastéis de nata! All the guides say the queues here can get crazy, but on a Saturday at 14:30 I only had four people ahead of me and it was a breeze to order, pay, and get my treat. And what a treat it is! Their reputation is well earned, they’re delicious!
It was a bit difficult to make my way back downtown, as I had to wait for a bus for a full half hour thinking it would never come, but eventually I found myself back in Baixa were I rounded up the afternoon by doing some quick omiyage shopping. Rua Augusta was as crowded as you might expect, but some of the parallel streets were comparatively deserted. It was a productive outing but I was so exhausted by the end that I pretty much leapt onto the metro back to the hotel!