Today the Pacific Northwest finally lived up to its reputation, as it rained all day. You won’t hear me complain -I’m happy as can be that I got two days to enjoy the city at my leisure and that I was able to stroll around both the Japanese and Chinese gardens in good weather. Besides, I had already planned for this eventuality, by leaving all of this morning to explore the last major Portland institution that I had left on my list: Powell’s City of Books.

Powell’s, as they merrily inform you and as you’ll readily believe, is the world’s biggest independent new/used bookstore. Next to the entrance there are unfoldable maps just so you won’t get lost! 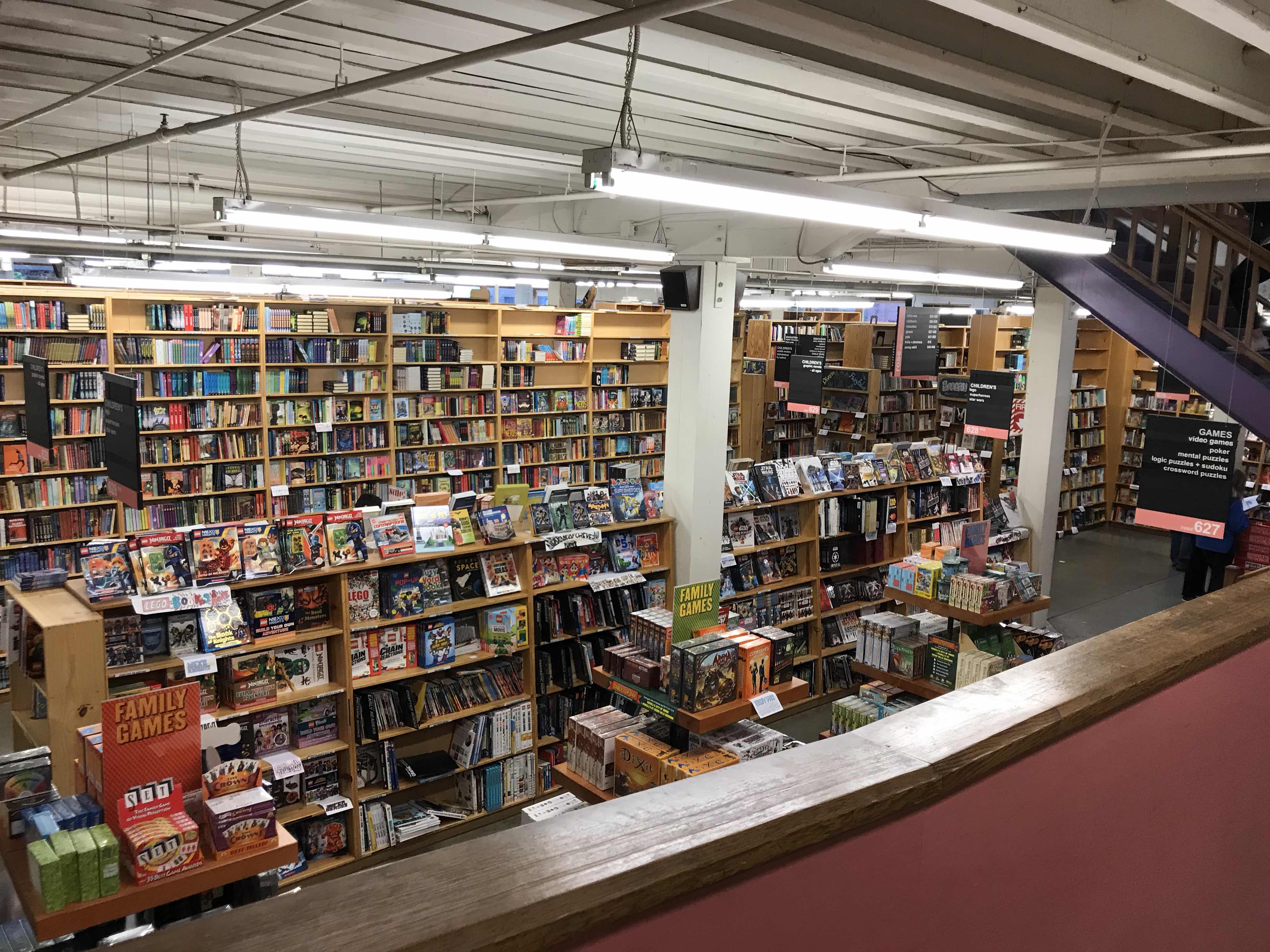 It is hard to overstate just how enormous this place is. Pictures cannot do it justice because the bookshelves prevent you from capturing an entire room in one shot. To give you at least an approximation, each separate section at Powell’s is large enough that it would be a very complete bookstore on its own, and there are EIGHT such sections! Without the map, I’d still be there, looking for an exit! 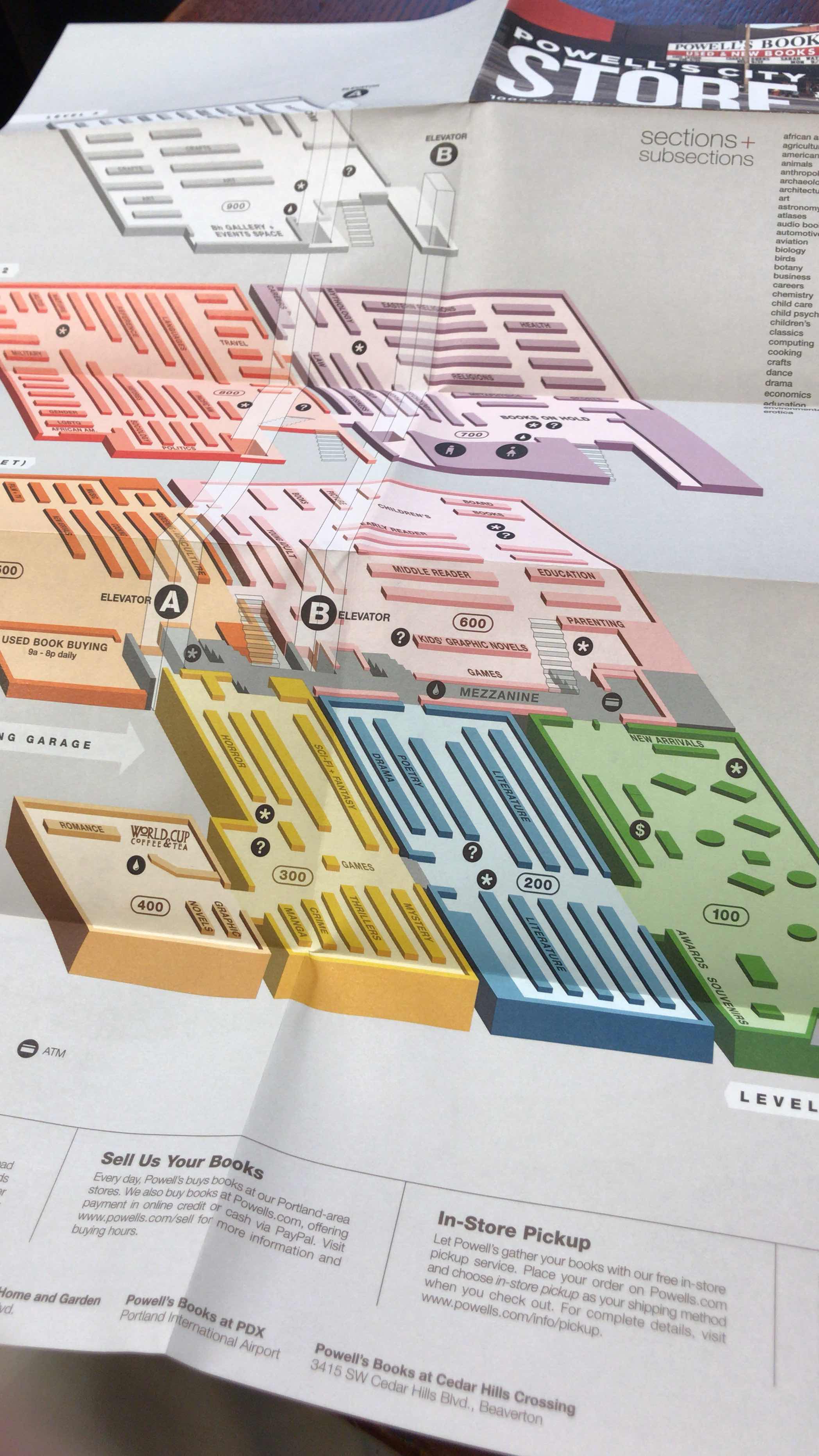 The space is well used, too, as every available inch is stuffed with books, with only a few corners dedicated to souvenirs and novelty items. Because it sells new and used books, you can find any title you can conceive of, whether it just came out or whether it’s been relegated to the back catalogue elsewhere. Out of curiosity I searched for about a dozen different titles or authors, and found every single one. Case in point: the fascinating The Rector of Justin, by Louis Auchinloss. Extremely difficult to find, even online, I’ve tried to buy it as a present before with no success (I treasure my copy and will not part with it). I found it here; they had four different editions!! Including what must have been one of the first 1965 editions! For just $7! Stop me if I’m gushing too much. 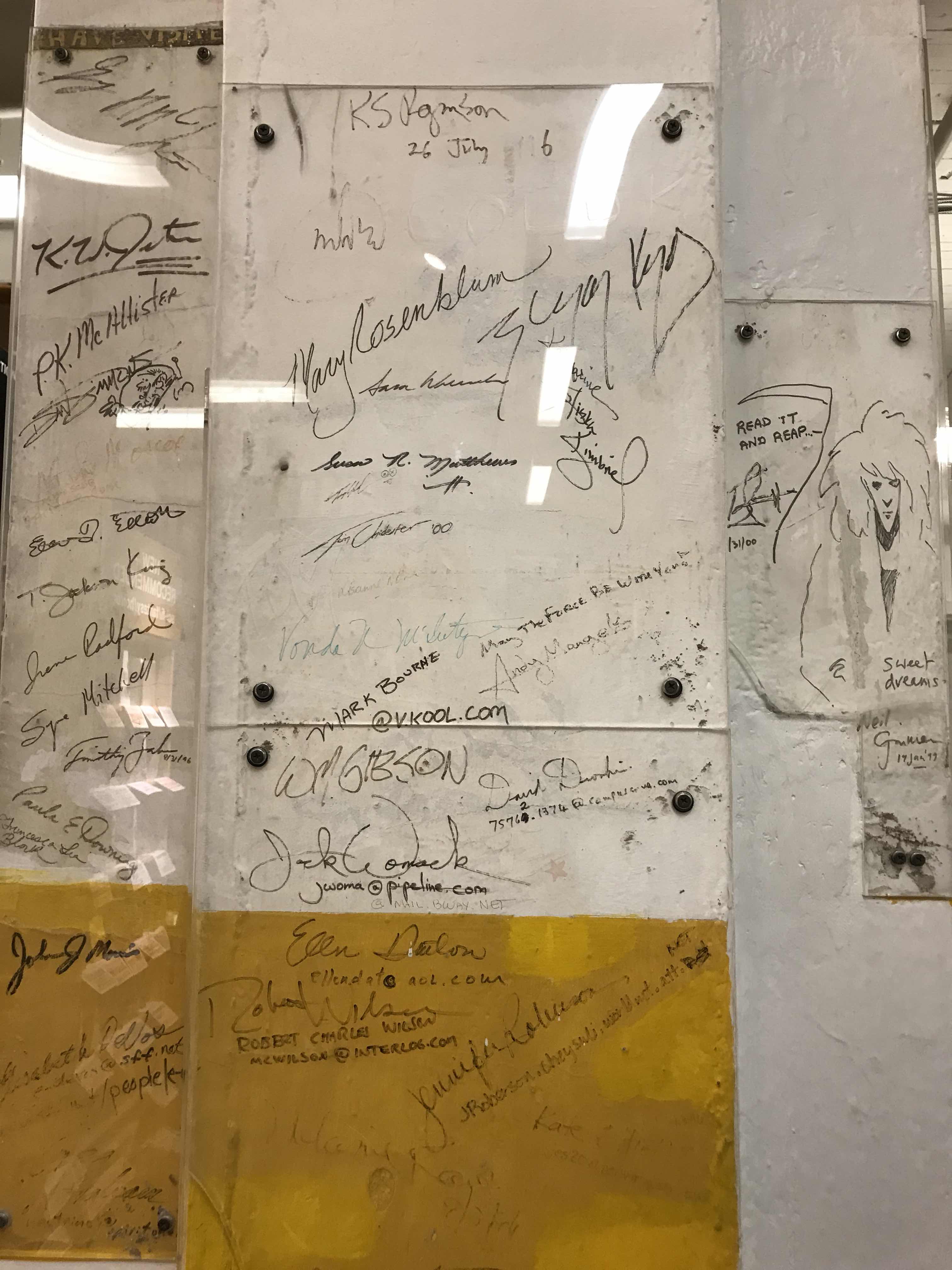 (Can you spot William Gibson’s signature on the post? And Neil Gaiman’s?)
I came in shortly after opening time (9:00) and had breakfast at the café, then spent a good two hours and a half browsing around, dragging a growing number of books with me. If it wasn’t because the room in my bag is limited, I would have bought many more without too much damage to my wallet. 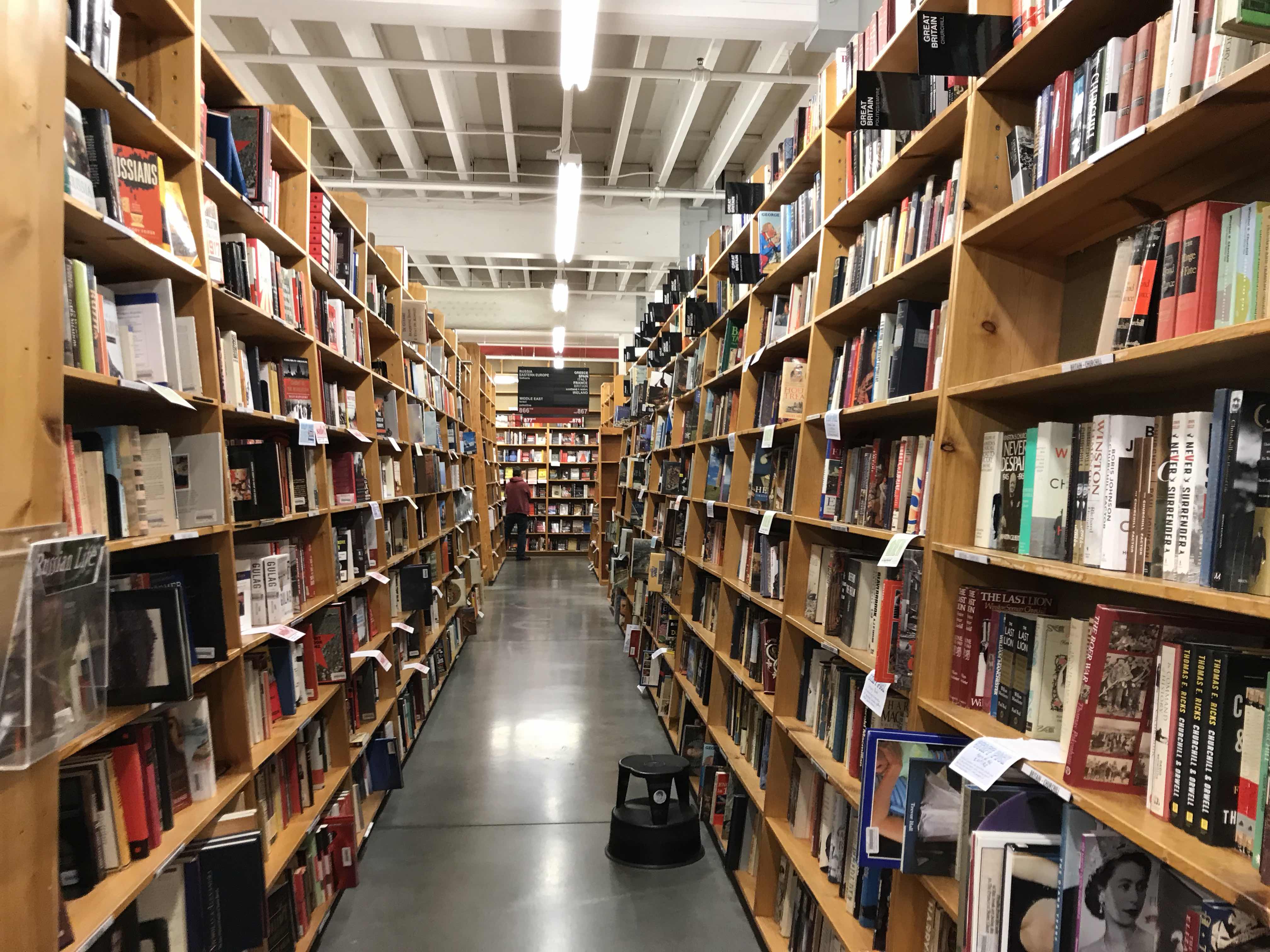 When I was satisfied that I had checked every nook and cranny in the place, it was right around lunchtime, so I walked just one block to Bamboo Sushi. Japan has forever spoiled me for sushi so I normally don’t go to sushi places, but this one claims to be the first sustainable sushi restaurant and has raving reviews everywhere, so I gave it a try. I had fantastic tuna and salmon sushi; the fish was soft as butter, and had the most discrete touch of fusion: a single crystal of rock salt on the salmon, two tiny strips of yuzu zest on the tuna. I tried to practice my Japanese a bit with the chef who made my food right there on the bar, but he was super not having it. Never mind then! It was on the expensive side ($17 for a total of 4 pieces of sushi) but the quality is world class.
My last culinary adventure, right before leaving for the station, was to peek into nearby Cacao to drink dessert in the form of traditional, thick hot chocolate; the kind that is impossible to find in France. It wasn’t quite as thick as the one you’d find in Spain, but it was more bitter (this is not a bad thing). Worth a try!
That was it for Portland. I honestly don’t think I could have asked for more from two days in a city. What a charming, lively, varied town! It feels like it has culture, gastronomy, shopping, things to do… Now I definitely understand why people rave about it.
The train station, on the other hand, reminded me more of the ones in Vietnam than the airports in the US, with ancient wood panelling and neon signs still in place. It feels like they have forty years of catching up to do, but at least the train has comfortable seats, wifi and power sockets. Here we’re back in the present! 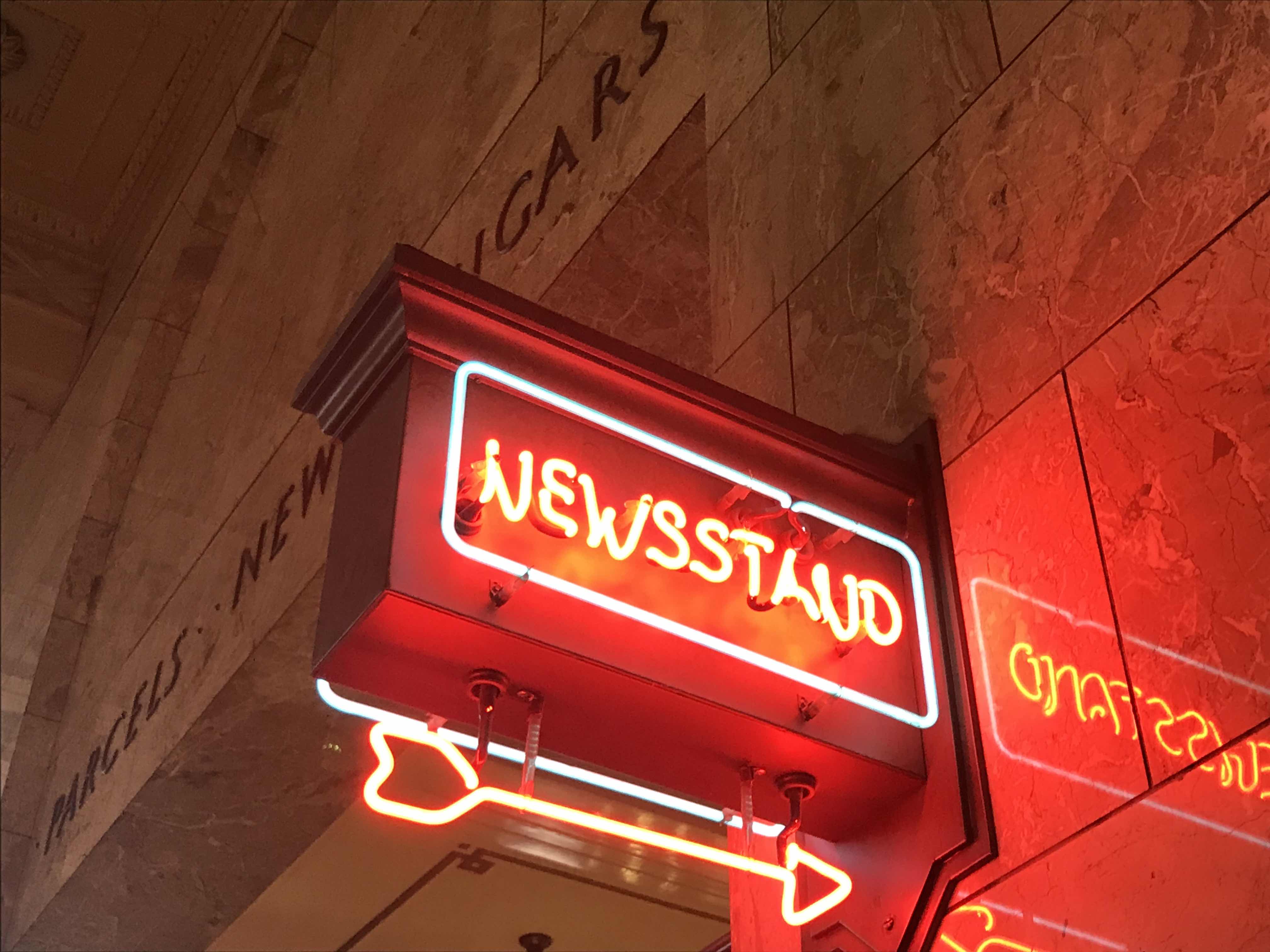 The trip to Seattle, on a train that goes all the way up to Vancouver in Canada, took three hours and a half plus half an hour of pointless delays on the tracks. The landscape from the windows was exactly what you would expect: pine trees, lakes, rainy roads…
I arrived in Seattle, got my luggage back (turns out they make you check it) and transferred to the Link light rail to get to my hotel downtown. It was too late to do anything but have dinner, so I’ll just focus on planning for tomorrow!