For our last day in Chicago, it was still too cold to linger outside, so we had to come up with some indoor plans. It wasn’t the easiest task, because we’ve already seen so much, but we settled for the museums on the southern end of the city.

First we took the L down to Museum Campus, a park near the shore that hosts a natural history museum, a planetarium and an aquarium. We visited the former, the Field Museum. It’s $24 a ticket, but it’s also an enormous place and has a very varied collection. The main hall reminded me a bit of its London counterpart, with classical architecture serving as backdrop for an impressive animal display (in this case, a model of two interlocked elephants and totem poles).
As you would expect, there were displays about animal life through the ages, including a room full of dinosaur skeletons, and also a whole exhibit explaining the concepts of evolution and natural selection. The museum was of course full of kids who seemed to have a great time. The big star of the show is apparently Sue, a remarkable T. Rex skeleton that has her own store, but unfortunately they took her apart and are putting her back together in a different room. It won’t open to the public until March 2019 but at least there’s a window so you can see how the skeleton is being pieced back together! There was also a small but interesting room dedicated to gems and precious minerals -you know I like shiny things! 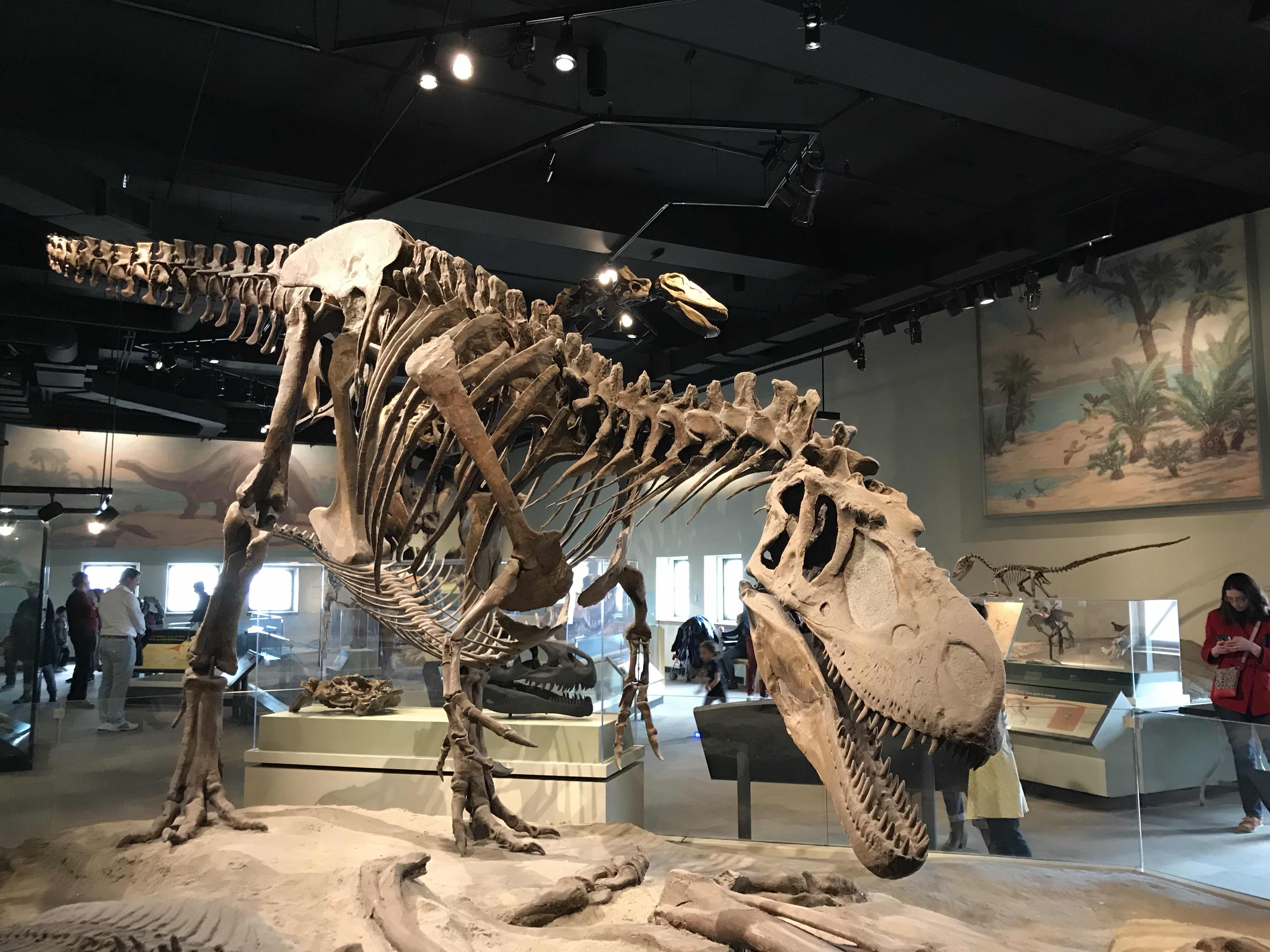 In addition to the natural sciences, though, I was most interested in the anthropology sections of the museum, which are considerable. First, there’s a comprehensive look at the anthropological history of the Americas before colonization. I liked the model of Teotihuacan, because I was there in the real one in Mexico just last summer! You can read about it on this very blog! 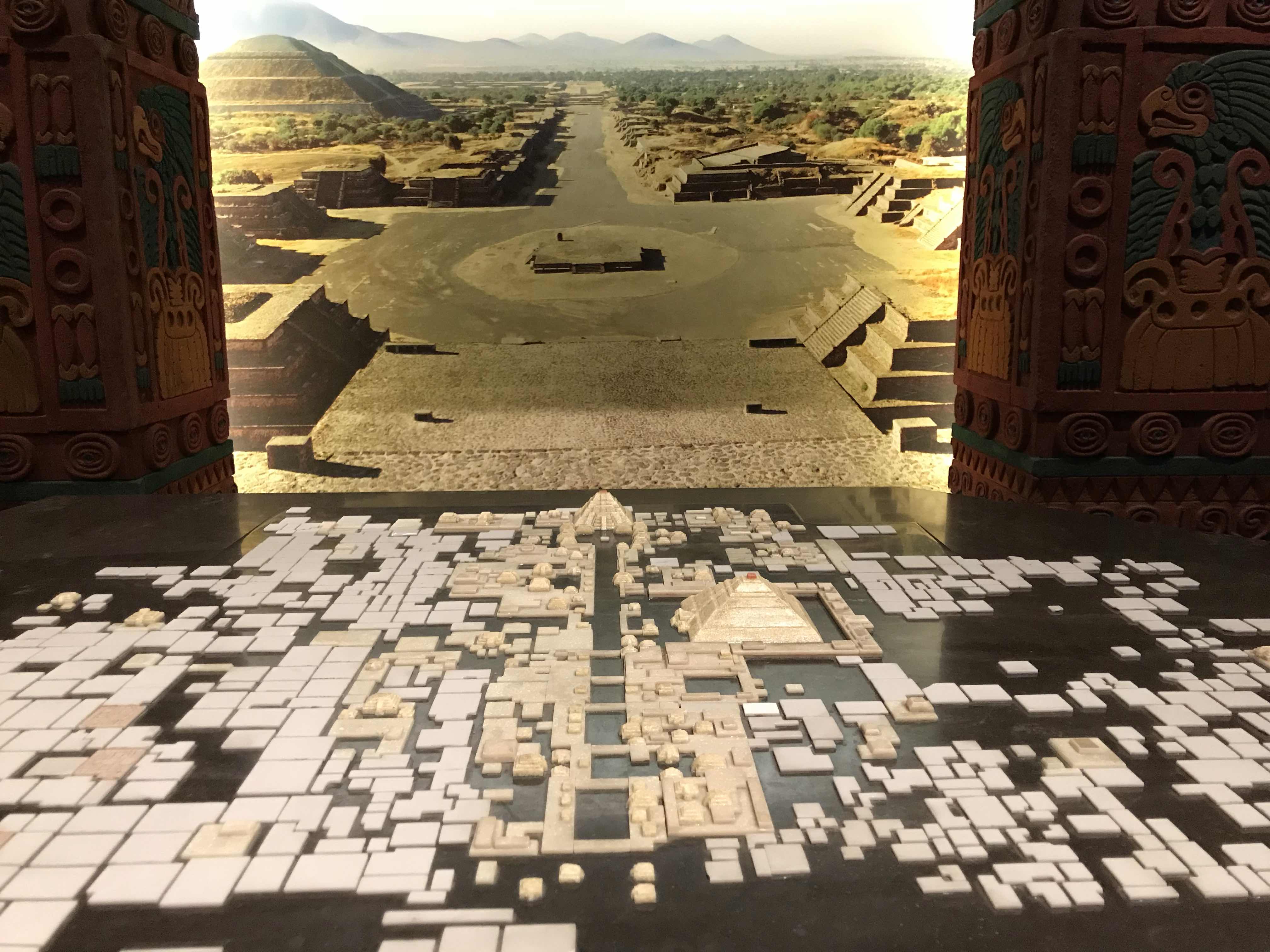 They also have an enormous collection of Native American clothes, masks, tools, and some very impressive totem poles. The exhibits seemed to focus on tribes from the Northwest of the United States and part of Canada, which was interesting as that’s the region I’m visiting next. There was a stuffed bison even, which was way bigger than I imagined. It was as big as a rhino (not that I’ve seen a rhino either, but well)! Lastly, there was also a section about Pacific cultures, from Hawaii to Tahiti. 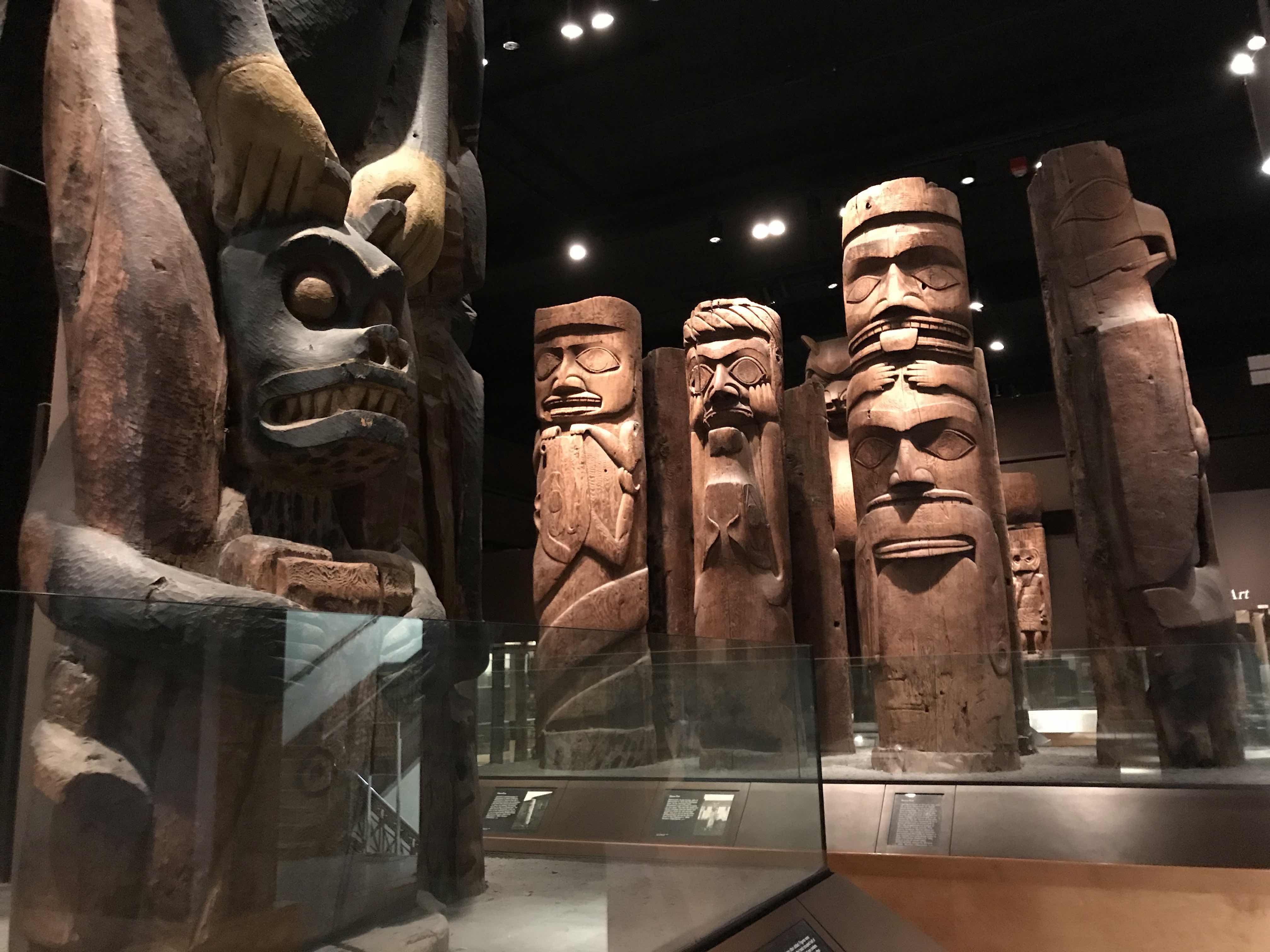 As we were leaving, a student orchestra set up shop right in the hall and began playing classical music. We took the opportunity to sit down and listen while we plotted our next move.
Said next move was to have lunch at a breakfast place nearby, then take the Metra train down south, so far south that I think we technically crossed the border to Mexico, to see the Museum of Science and Industry. The Metra, by the way, is a rail system totally separate from the CTA and requires its own ticket, which is almost twice as expensive as a CTA ticket; although, we didn’t cross any ticket-punching machines and nobody came around to check our tickets, so someone could conceivably just keep the outbound ticket and reuse it for the inbound trip back, not that we would ever do that… 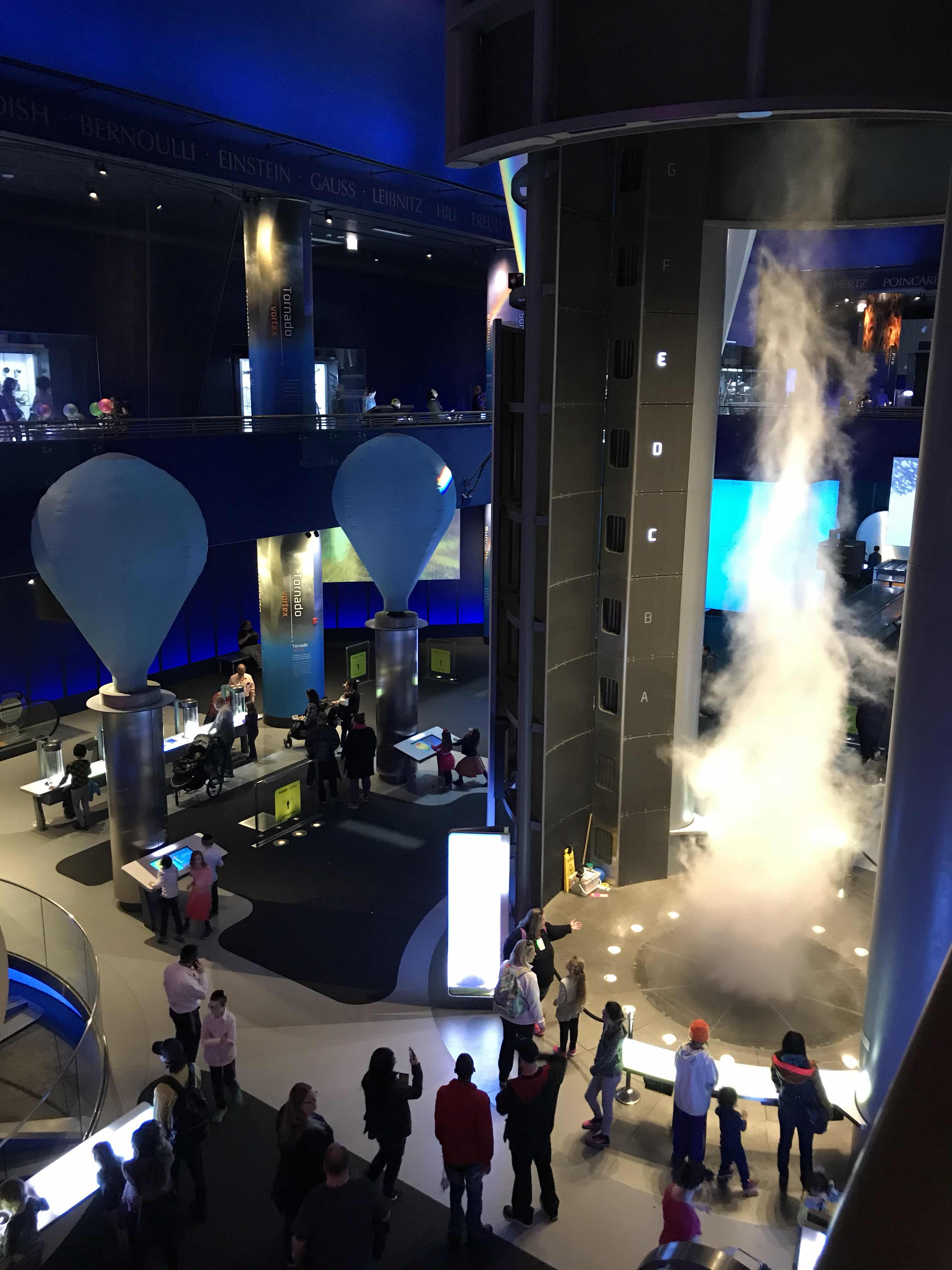 So the science museum is similarly priced to the natural history museum, so you have to want it or be out of alternative plans, but it is also gigantic so at least the price tag is understandable. It has three expansive floors with lots of very different exhibits. There’s a section about storms, tides, lightning and other atmospheric phenomena, one about ice caps and climate change, another one about biology and medicine, a collection of aircraft… It’s all very family-friendly, with lots of buttons and levers for kids to operate. For the adults, there’s an actual giant submarine inside one of the halls that you can visit if you buy a separate ticket! 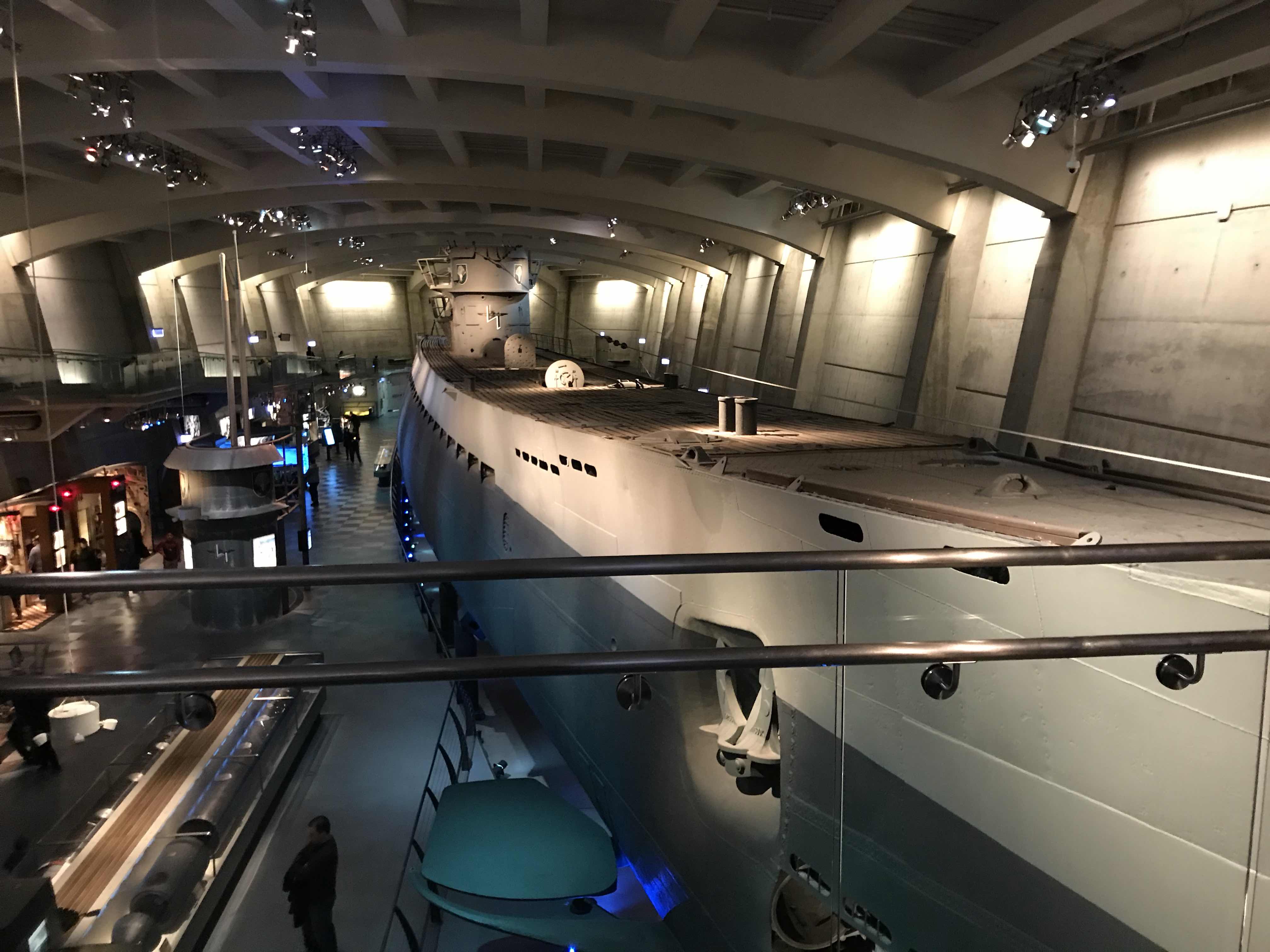 A cute exhibit that they have is a model of downtown Chicago to scale, with a model train replica of the L loop, and a huge model train network with very detailed towns, exchanges, freight trains… It was funny to see a model of the Seattle Space Needle in one of these models, as I’m going to visit the real thing in just three days! 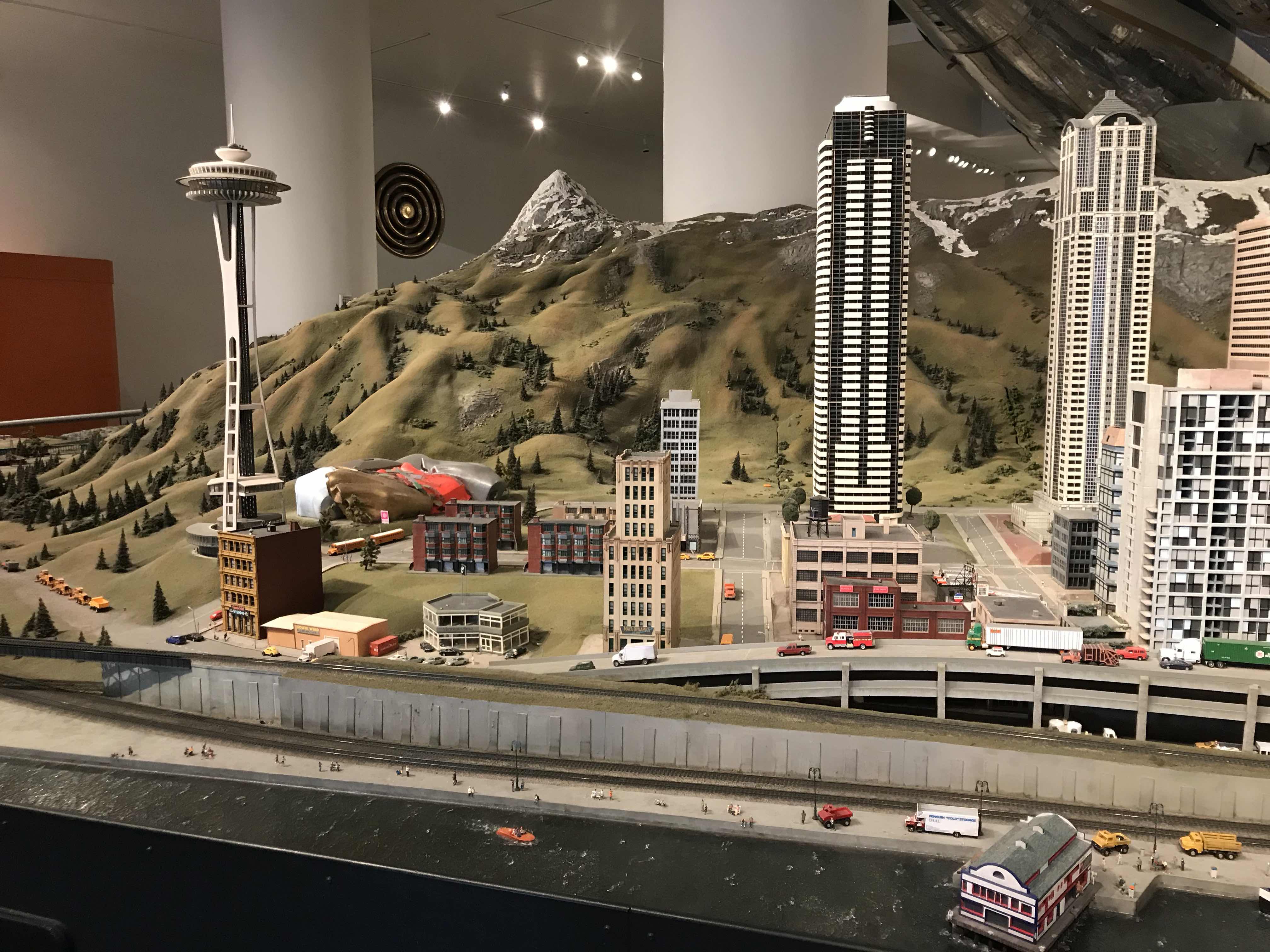 Some of the exhibits were definitely meant for kids and I wasn’t very engaged by them, but others were very interesting and informative, like the short documentary on glaciers, and the space itself was great to visit, with all its models and scientific or engineering gadgets hanging from the ceilings. So much so, that without noticing we’d stayed almost until closing time, so we made a beeline for the museum store. So far none of the museum stores in this trip have disappointed; it’s a great source of omiyage for the people back home! 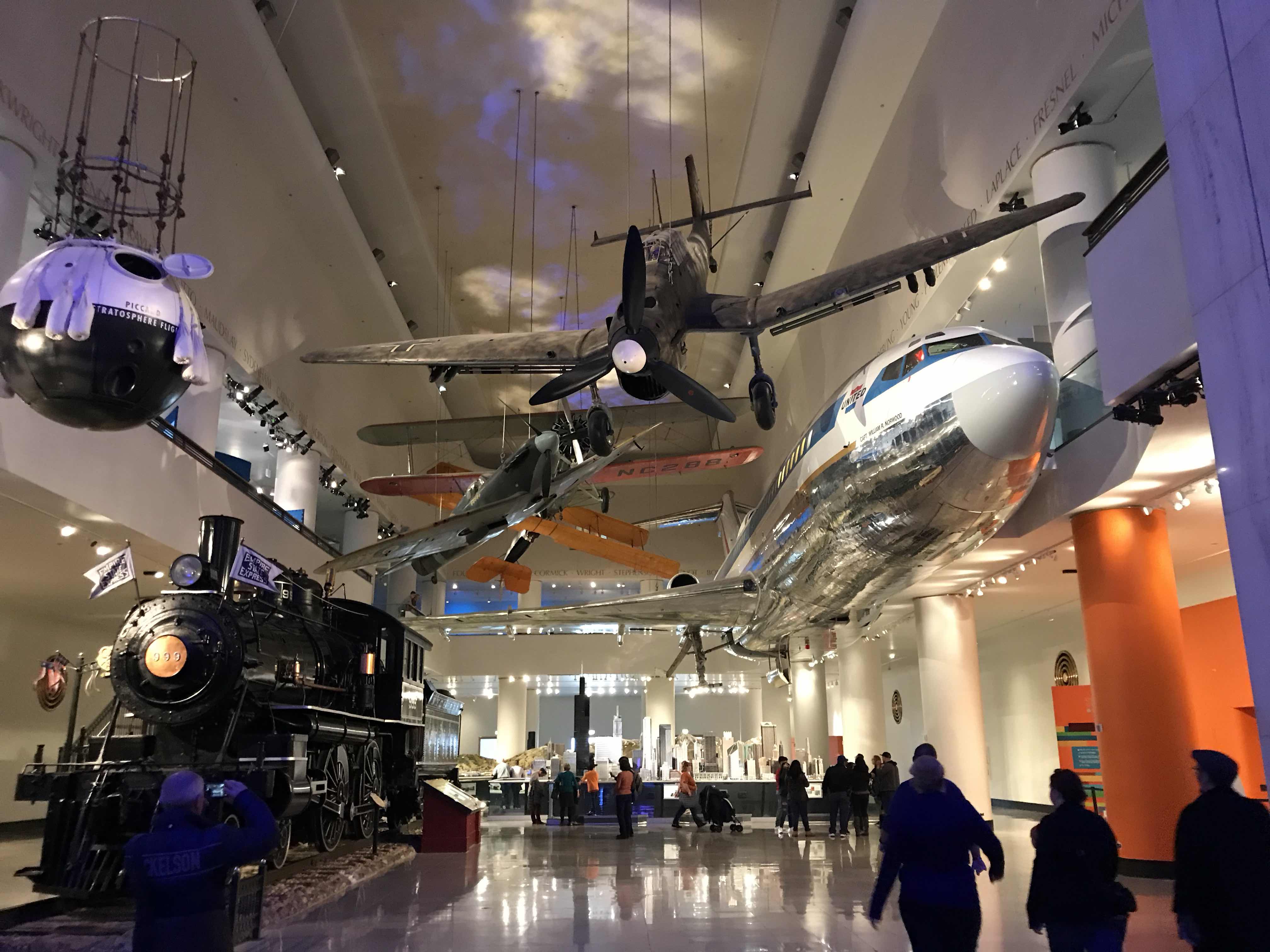 That was it for us for Chicago. It’s a pity that it’s been so freezing cold for so much of the trip, otherwise we would have walked around more and seen more of the shore, but still we’ve seen everything we wanted to see and then much more, so by any measure it’s been a fantastic experience. After this, I strike out on my own again and cross the country: first stop, Portland, Oregon!