Today the temperature was a downright hostile -3°C, so it being Sunday and us having seen pretty much all of Chicago already, we took our sweet time in the morning and emerged only for brunch at the nearby Southport Grocery Café. Calling it brunch is a bit disingenuous because we’d previously had breakfast and we would later have lunch, but, you know, semantics! We had delicious, fluffy pancakes, to die for. Couldn’t very well leave the US without having had pancakes!

After brunch, I struck out on my own and returned to the River North neighbourhood, where the Magnificent Mile is, to visit the Richard Driehaus Museum, a fantastic mansion museum from the Gilded Age that is inexplicably missing from my Lonely Planet guide but which I was lucky enough to find online.
Somewhat confusingly, the Driehaus Museum showcases the Nickerson house, an incredibly lavish and luxurious mansion built in the late 19th century for an affluent family. It was grandiose back then, when it was built, and the impact has not diminished in the slightest since then. At $20 a ticket, it is really quite expensive, but I looove house museums so I knew I wanted to do this. So much of travelling well revolves around knowing what you like and what you want, and remembering that you don’t owe a guidebook or an online ranking anything: you owe your experience only to yourself.
The Driehaus, uh, haus exceeded my expectations right off the bat: as soon as you walk through the door you find yourself facing a spectacular marble foyer (the house was nicknamed the Marble Palace for a reason) with beautiful floral arrangements, classical sculptures, modernist light fixtures, a grand staircase and a ceiling that opened up to the second floor. I mean, come on: 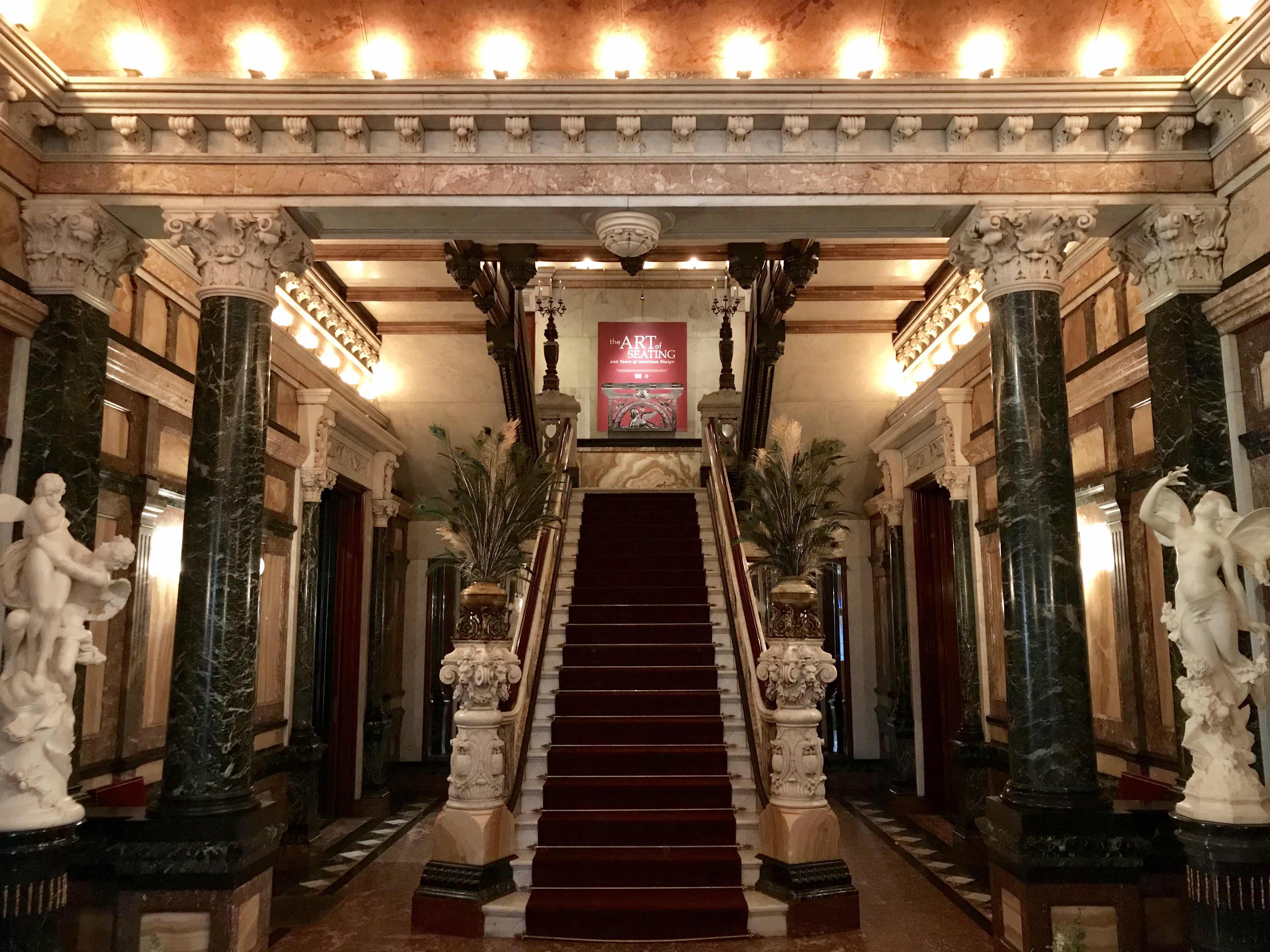 Aside from the foyer, the first floor has half a dozen more rooms, all of which would have been destined to entertain and dazzle guests: a reception, a study, a gallery, a library… Back in the 19th century, rich homes had their own small museums or art galleries, meant simultaneously to show off to guests and to use as conversation topics, like when you show your friends pictures from your holidays (no examples spring to mind right now). This house’s library was designed by George Washington Maher, same guy who did yesterday’s Pleasant Home, and it features an impressive stained glass dome that you could be forgiven for attributing to the Tiffany Glass Co. There’s also an exquisitely restored dining room, with a fully set table “à la russe” (apparently, that’s when courses are served one by one, as opposed to being laid out on the table). 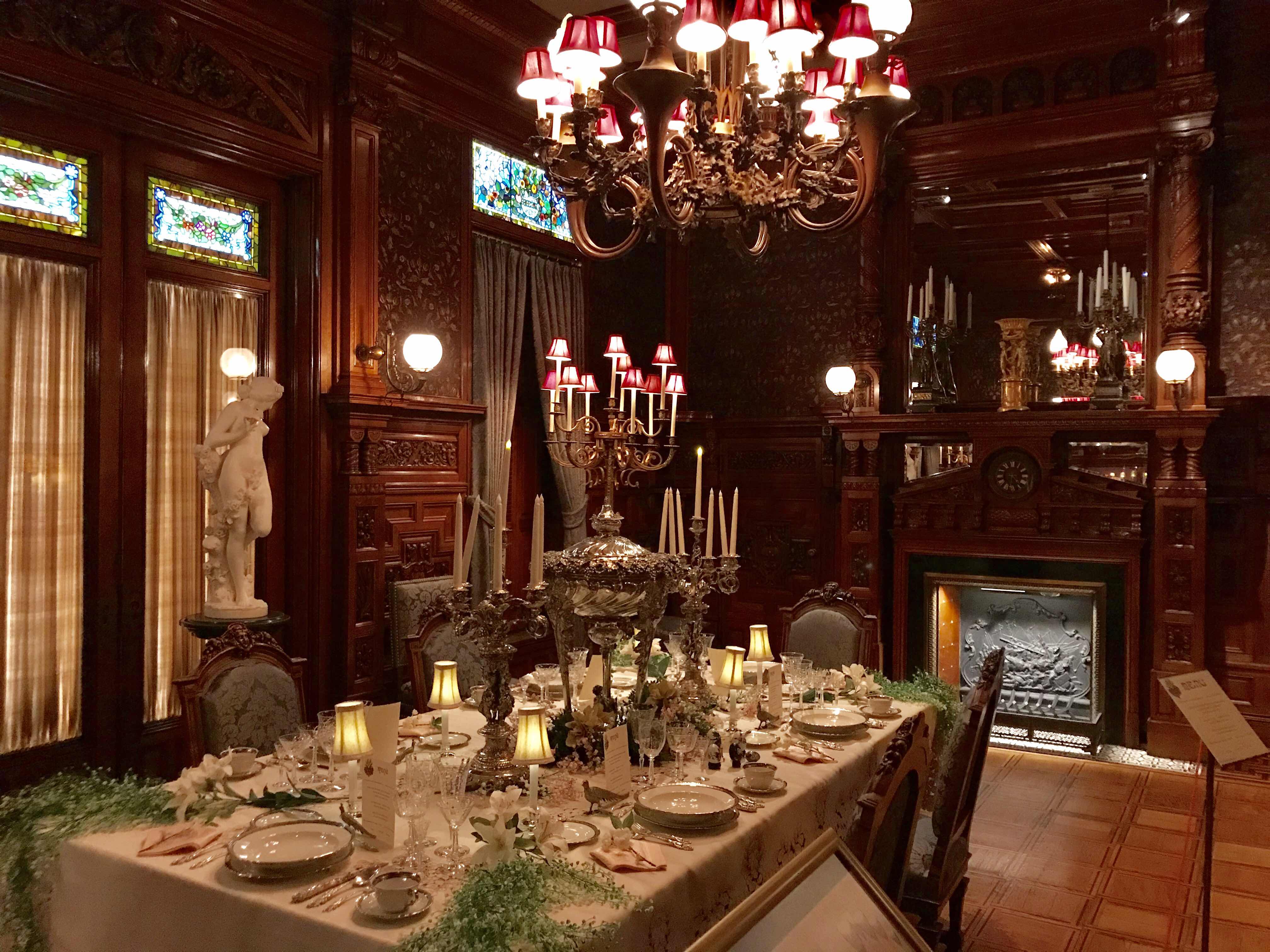 Every room in the house is completely different. They all have wainscoting, wooden panels on the lower half of the walls, but some are sober and geometrical while others are lavish and voluptuous; some have tiled walls while others are lined with embroidered silk. Some ceilings have frescos painted on them, while others have wooden partitions like a Baroque palace. I declined both the guided tour and the audioguide, which was just as well because each room has an explanatory text that talks about its architectural features but also about the historical context and how the residents would have used it. 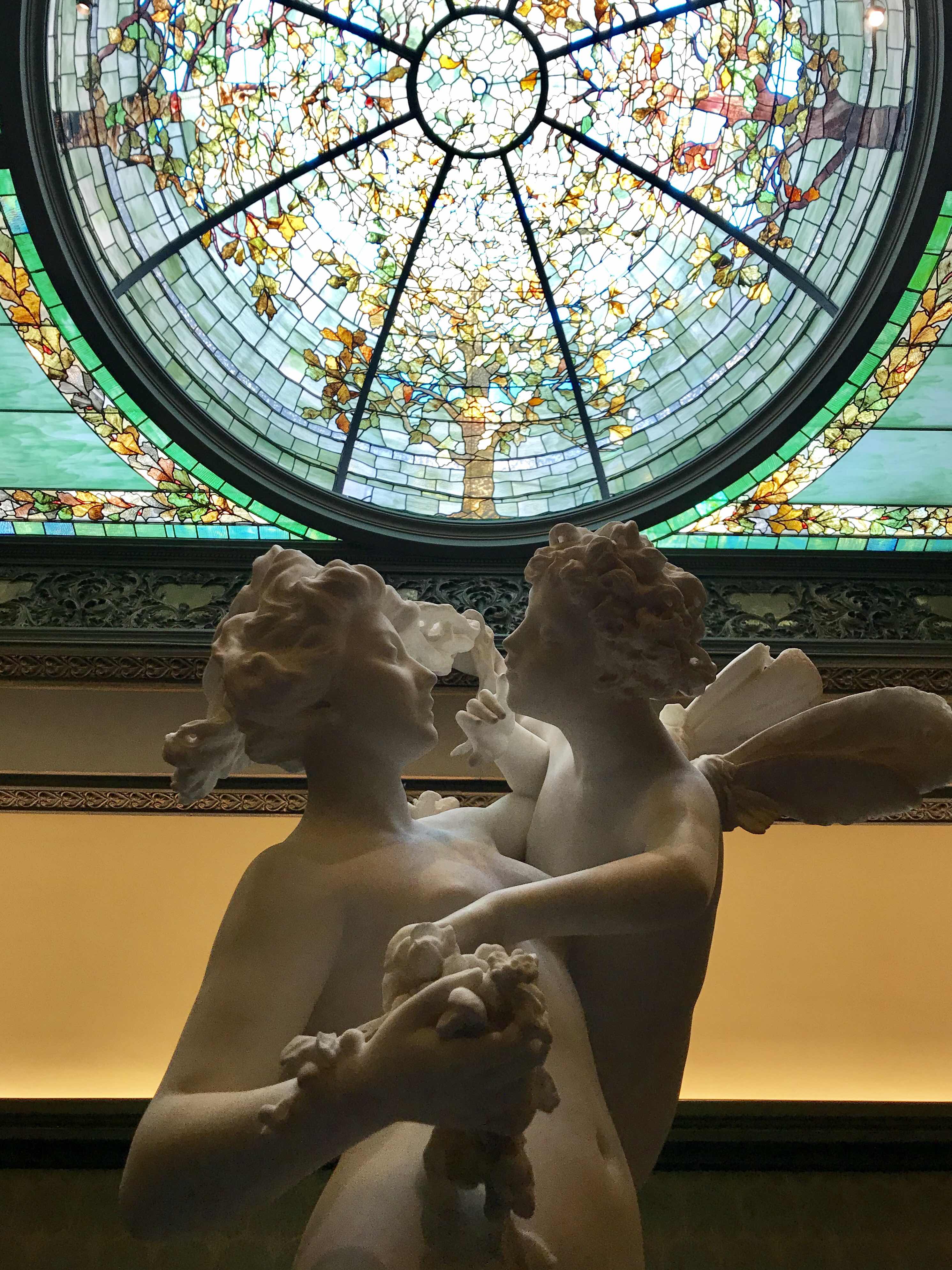 The second floor housed the family’s bedrooms, each one with its own private flushing toilet (a grand luxury at the time) and its own parlour. Since these rooms were for the family’s use only, they are less ostentatious than the lower floor, although the textures and fabrics are still varied and interesting. And there is a third floor as well, I think for the servants’ quarters, but the functional architecture is made up for by using the rooms to host special exhibits. At this time the rotating exhibit was about chair design, and so each room had three or four decorative chairs from different time periods.
It’s a gorgeous house to visit, if you like this sort of thing; it’s beautiful and striking on its own, just for the mix of materials and colours and textures, and even moreso in its historical context, so well restored that you can really picture the well-to-do throwing parties and entertaining guests all across their sitting rooms, drawing rooms, smoking rooms… Consider this for your visit to the Magnificent Mile! 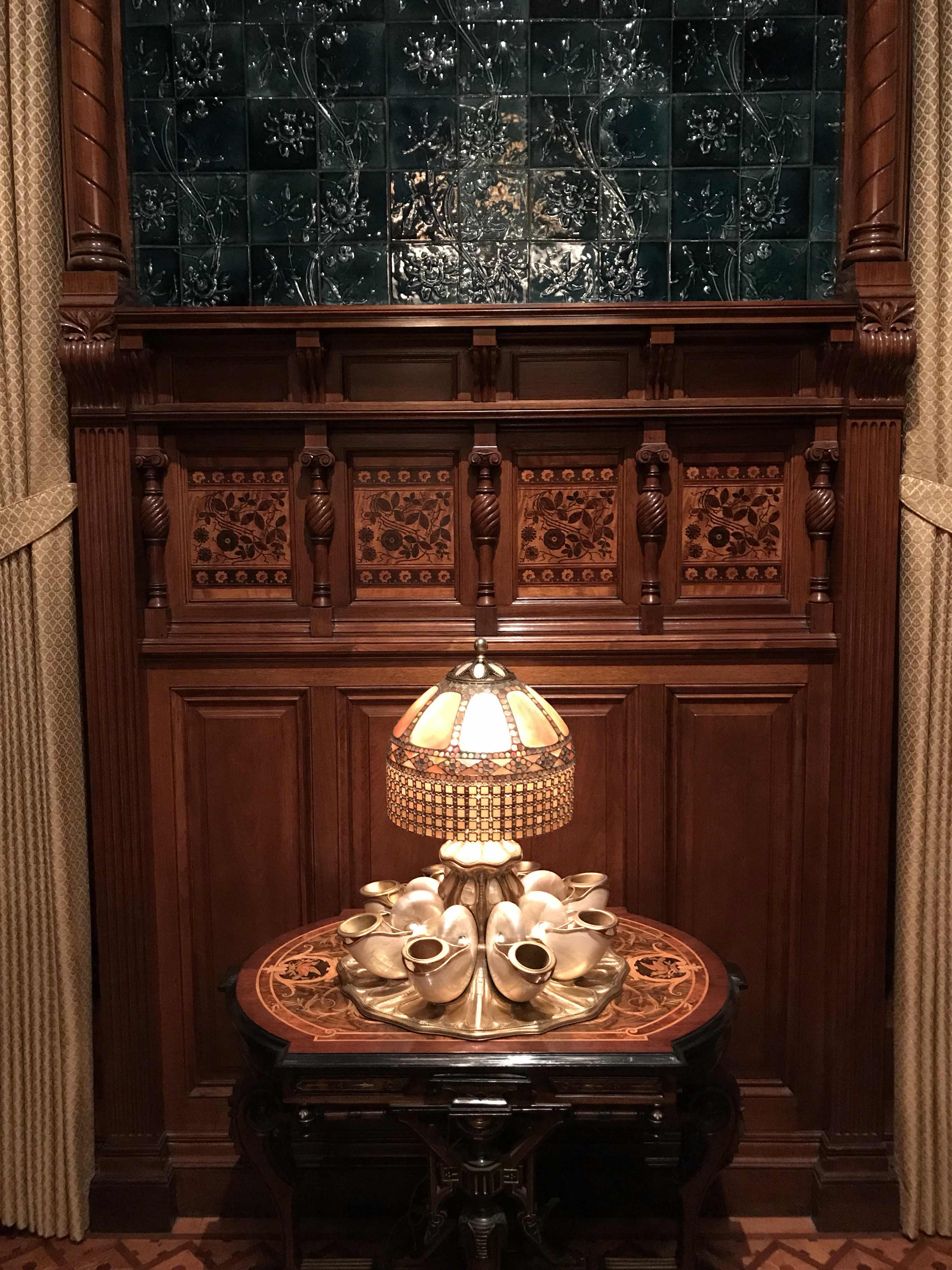 After this visit, we had lunch at a nearby Giordano’s, another famous deep-dish pizza joint. It was good, but way too much food; all in all I have to say Pizano’s was better.
Looking for a plan for the afternoon, we took the L to Chinatown, to see what went on down in the south. This was a tactical mistake. When we got off the train the cold was merciless, there was just the one Chinese gate, and the shops were all hiiiiideous. Do not come here expecting San Francisco’s Chinatown! The only thing worth making the trip for would have been the restaurants, but we had already eaten! So, knowing when to cut our losses, we high-tailed it out of there and returned to our apartment. If the weather were nicer, this is the point in a trip where we would have been happy to just walk around one of the neighbourhoods, when you’ve already seen the main stuff you wanted to see and can take some time to just get a feel for the city, but at zero degrees in the Windy City one can’t be outside without a purpose. Hopefully tomorrow it’ll be a little less rough outside for our last day in Chicago!