I left sleepy Richmond, Virginia this morning, its airport a blessed 15 minute drive away, and began a long trip to my next destination, Chicago. There is actually a direct Richmond-to-Chicago flight, but it was prohibitively expensive, so I took a combination that had me connecting at New York’s LaGuardia airport. It should have been fine, but my first flight was delayed, which left me with a chilling 30 min layover in a New York airport not exactly famous for its efficiency. By some miracle of scheduling, though, I only had to walk a few gates to board my second flight, so in the end it all worked out!

I landed in Chicago two hours and a half later, and took the train downtown. A kind man who was leaving the city gave me his train pass as I was trying to buy one! Thank you! The train on the blue line took a good 50 min to arrive downtown, giving me post-traumatic flashbacks of Paris, and afterwards I still had to take the L (short for elevated) train on the brown line to drop off my bag at our Airbnb apartment. I was delighted when the train crossed the river: seeing all the bridges over the river, flanked by imposing steel and glass towers, is the quintessential vision of Chicago. 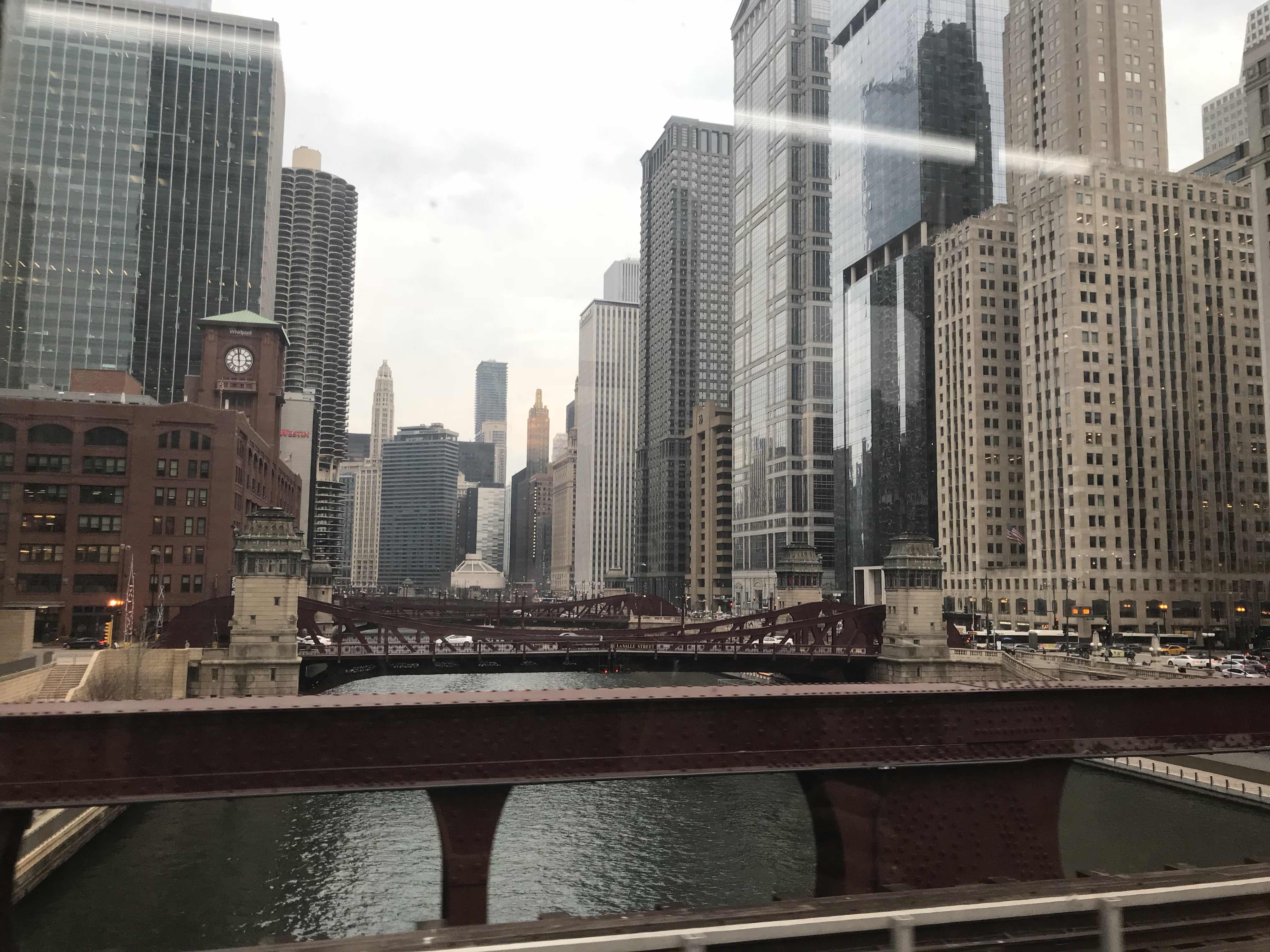 After a short pit stop, reunited with my new travel companions, we headed back downtown to kick off this leg of the trip with perhaps the most iconic sight in Chicago: the Willis Tower, formerly the Sears Tower, still the third tallest skyscraper in the world.
At $25 the ticket, the skydeck visit is highway robbery, and the ~45 min queue doesn’t help make it more enticing (my guidebook recommends the John Hancock tower as an alternative -I’ll report back if I check it out- it’s the dark tower with two antennae you can see in the picture below, near the shore to the left), but the views are certainly impressive. From the 103rd floor, all the other downtown skyscrapers look small, and the lake is indistinguishable from a sea with no visible land on the horizon. 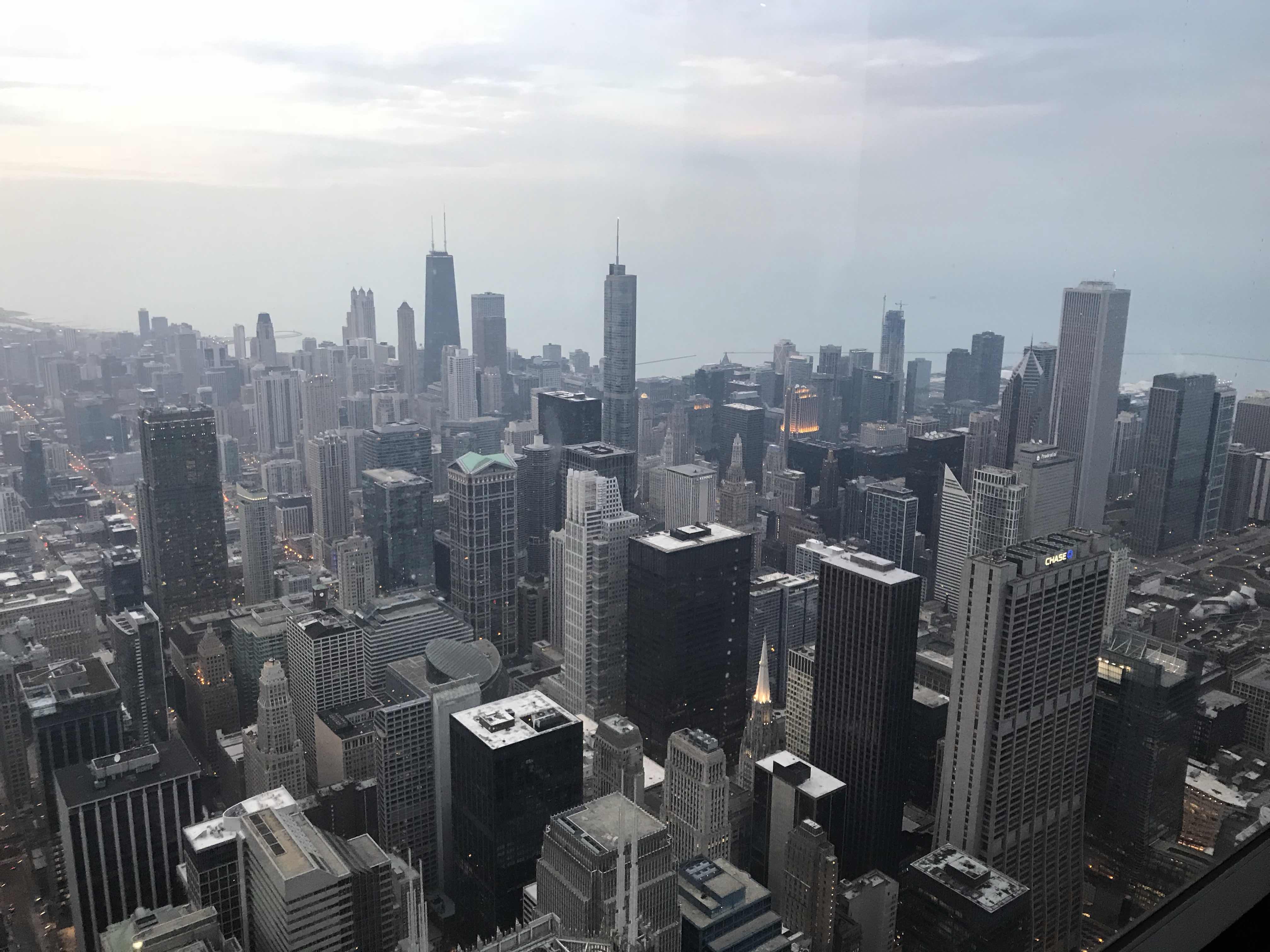 As we took in the sights, identifying the various landmarks and buildings, night fell over the city and the lights started to shine, showing the bright grid of the streets below. Seeing a city from a high vantage point is a great way of forming a mental image of where everything is and the scale of the space. We have our work cut out for us!