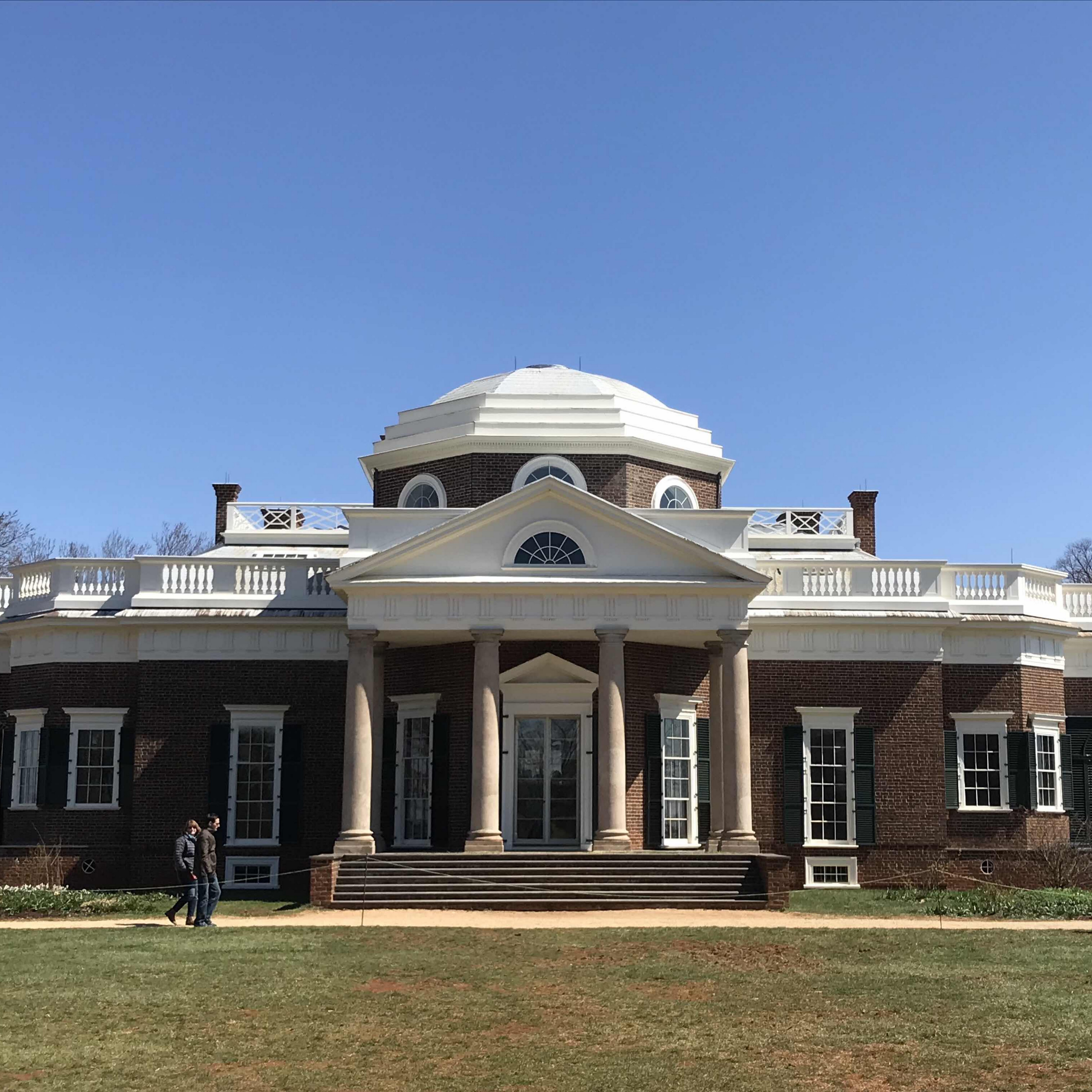 My first day in Richmond, my first day of this trip, was cold but sunny. Ed, Sudha and RJ regaled me with a king’s breakfast (homemade pancakes included, forever grateful) and then we set off for our first adventure: Monticello, the retirement home and plantation of the 3rd US president, Thomas Jefferson.

Monticello is about an hour’s drive away from Richmond, near the (now sadly infamous) town of Charlottesville, and although advance tickets had already sold out for the day, they do have a few walk-in tickets that you can buy on the spot. The site, built on top of a hill with ample views over the surrounding areas, features a visitor centre with exhibits and a café, several cabins and slave quarters, the Jefferson family cemetery and, of course, Jefferson’s mansion itself. It is a beautiful, modest structure that combines the red brick you might expect from New England colonial buildings with Greek columns and friezes. The columns and the peculiar octagonal dome are what gives the building its distinctive façade, which you might recognise as the tails of the nickel coin! 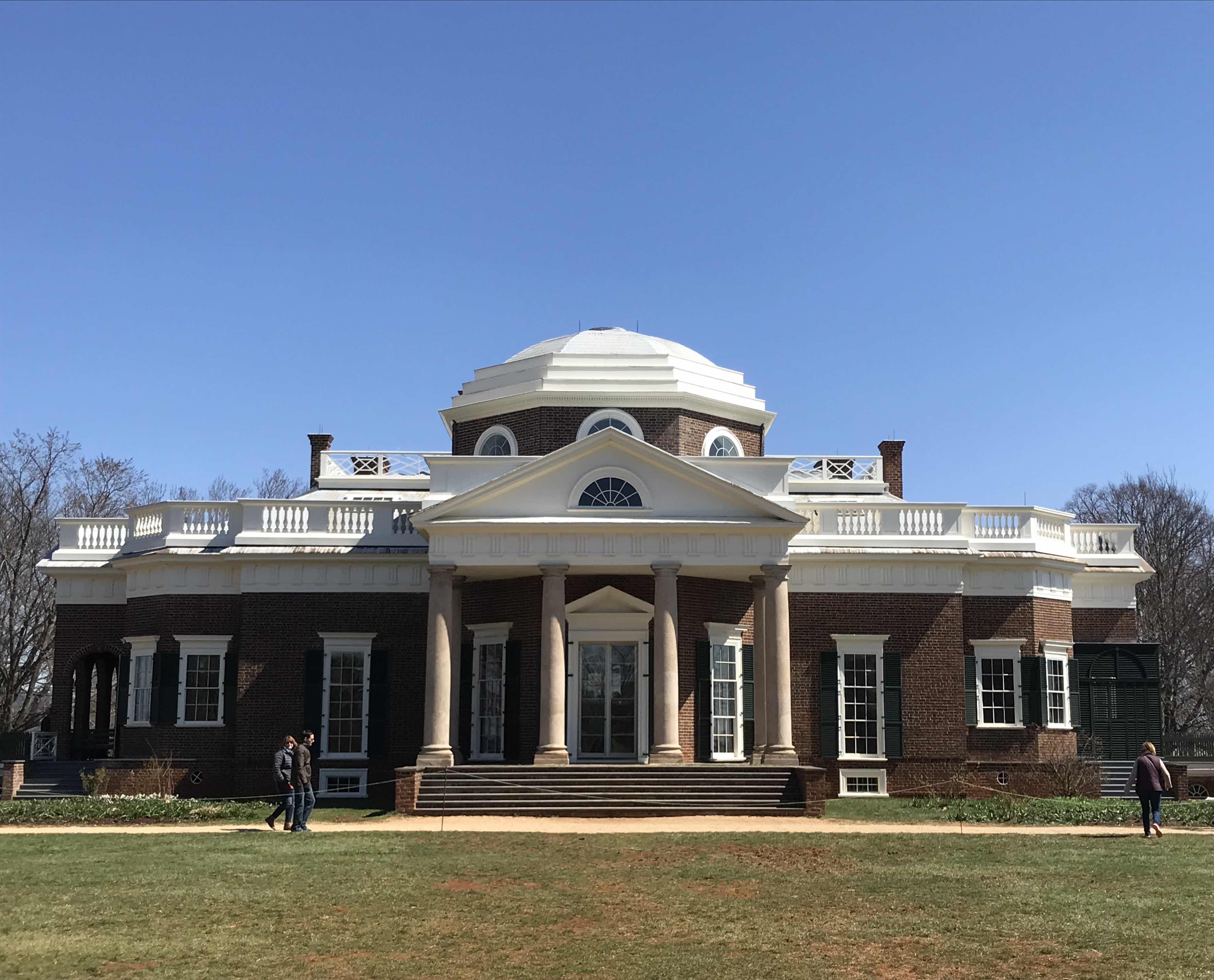 Like the Louisiana plantations you can read about on this very blog, the mansion can only be visited as part of a guided tour, but there were tours every five minutes so it was very convenient. I love visiting historical houses because they’re a great way to learn about the people that lived in them and the times they lived through, but in a very real and personal way: you’re not just reading about people, you’re seeing the actual rooms they were in, the furniture that they used, and the colours and personal items that they liked.
In the case of Monticello, the history and personality of the house and those of its owner are intertwined. Jefferson was a true renaissance man and studied politics, history, mathematics, agriculture, design, geography, religion, and notably, architecture, as he personally designed all the major features of the mansion. Octagons were his personal trademark: octagonal rooms, octagonal tables. He had apparently worked out the perfect formula to light a room, and so each window was measured specifically to maximise natural light. He was also extremely detail-oriented, and everywhere you can see examples of measurements that he painstakingly kept taking, from the custom-made clock and sundial to the notes he took every day to register the weather and temperature. Jefferson was also sent to France as minister, and he was greatly influenced by the architecture there as well as the cuisine -he gave instructions to emulate both on his return to America! 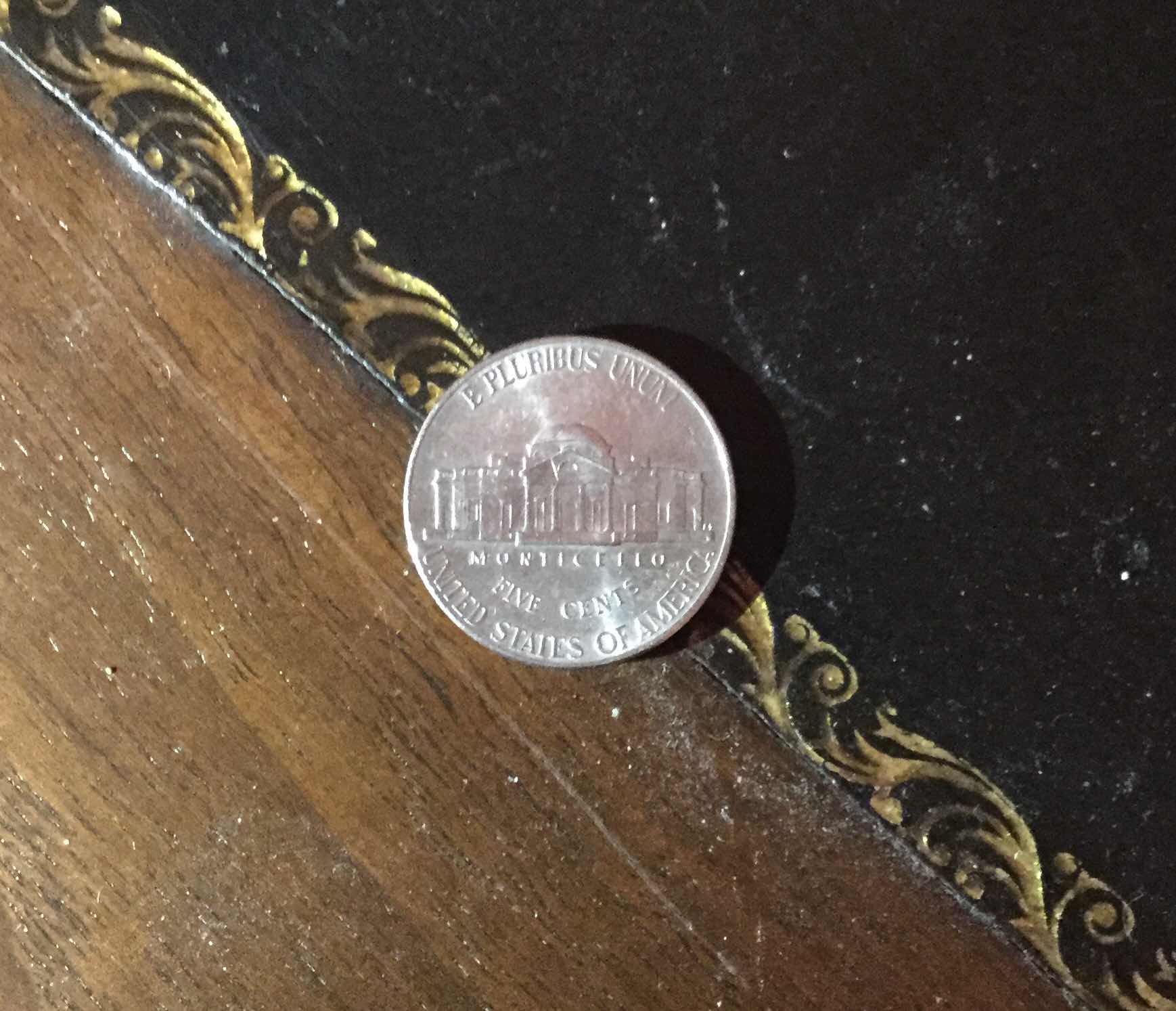 We saw a grand foyer, a study with many different sections joined by archways, bedrooms, drawing rooms, dining rooms… All were carefully restored and furnished with either original or contemporary items and furniture, as if the occupants could return any minute. Every room, even the corridors, was indeed bathed in natural light, from windows or skylights. It’s a pity that we couldn’t take pictures inside the house!
I was interested in something that the guide told us: that Jefferson was a scholar and a very learned man, but that he enjoyed sharing his knowledge as much as acquiring it, and again this could be seen around the house. He had models and contraptions that served to illustrate how things worked, kept portraits of historical figures even if he didn’t like them, and had displays of animal horns or antlers and Native American artefacts meant to be shown to guests whenever there was an opportunity for teaching. 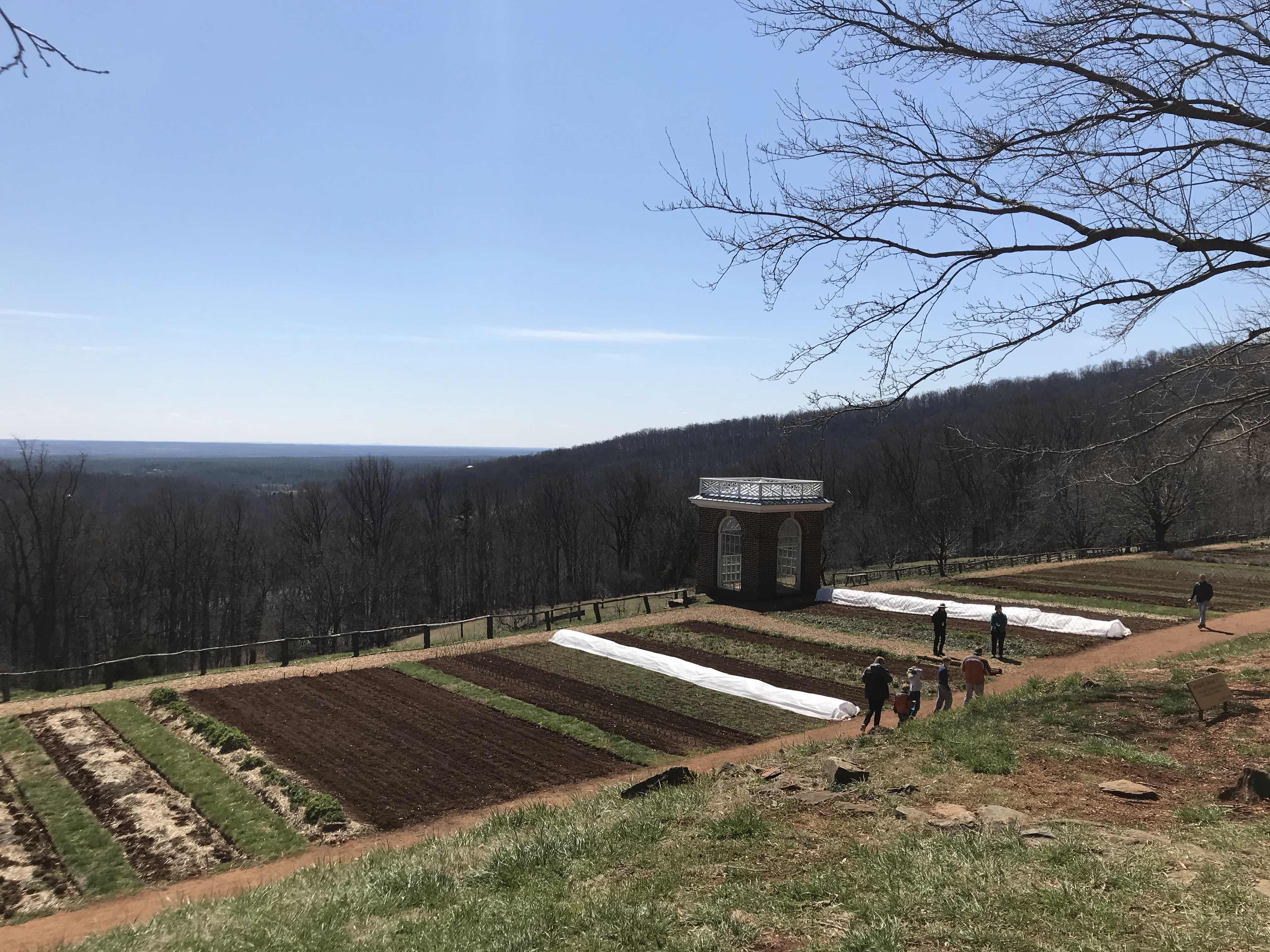 Our tickets also gave us access to two additional tours of the grounds, but outside the wind was cutting cold and it was lunchtime, so we opted to take a quick walk on our own and eat something at the café instead. Before leaving, we walked down to the cemetery, which to this day is property of the Jefferson family, and indeed some gravestones were brand new. The whole area is densely forested, and I can only imagine how lush the whole scenery must look when there are leaves on the trees.
Afterwards, we just had our drive back to Richmond. The visit was a fascinating look at a very early phase of American history, and it was fantastic to spend the morning imagining what life must have been like then. It is most definitely worth the drive!