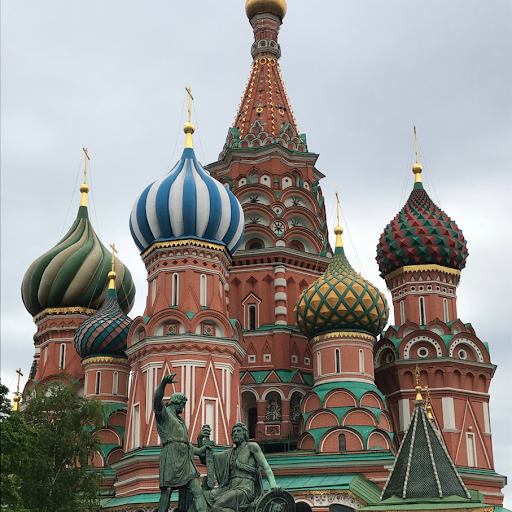 My first full day in Moscow came up cloudy but noticeably warmer than St Petersburg. As any tourist would, I went straight to the Red Square first thing in the morning!

From my hotel in Arbat, I can take the metro and alight at Revolution Square just two stops away, so already I am way better connected than I was in Peterburg. I tried to buy a metro card but was told in broken English that cards only come in 1, 2 or 20 trips. Do I have commitment issues, or is 20 trips a bit too much for people who are just visiting? I think I’ll stick to single or double tickets, which at ₽55 (€0.88) each trip are cheaper than the Paris or London subways by several orders of magnitude.
The Revolution Square exit kind of pushes you out looking the wrong way and you have to go up some stairs and down some alleys to cut your way into the Red Square. When I finally stepped out onto the square, instead of elation my first reaction was dismay, when I saw that pretty much the entire surface of the square has been walled off to install some kind of giant structure with bleachers, stages, tents… I have no idea what they’re going to stage here; Veterans’ Day is past, and it feels a bit early for the national holiday, which is June 12 apparently. Anyway, with all this work going on I could only walk around the edges of the square, and I couldn’t take any pictures of the whole square that weren’t 85% fences and construction equipment. At first I couldn’t even find St Basil’s Cathedral!
When I walked around a bit and got my bearings though I did find it at the opposite end of the square. I chuckled when I saw it and realised that this was the real thing, that I was finally really standing there in the actual Red Square, that now every time the news cuts to a correspondent in front of St Basil’s colourful domes I’ll go “I’ve been there!” like I do with the White House ever since I went to Washington. 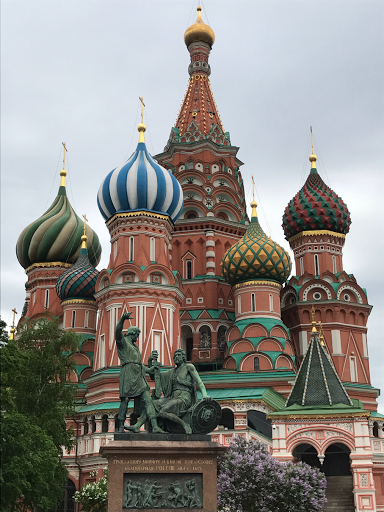 Fun fact: “Red Square” as a name is a bit if a mistranslation; in older times the Russian word for “beautiful” also meant “red”, so this square was originally named as a beautiful or grand square, and wasn’t even always red. Now “red” has come to be the first meaning of the Russian ‘krasny’, and that’s the translation that’s taken root in our languages.
I made no attempt to enter the Kremlin, as today I rather wanted to get a feel for the layout of the place. I would have gone into St Basil’s, but it didn’t open until eleven and I was early, so I gravitated towards the National History Museum, a big, dark red building right across from the cathedral, blocking one of the ends at the Red Square. You can see it from the side here: 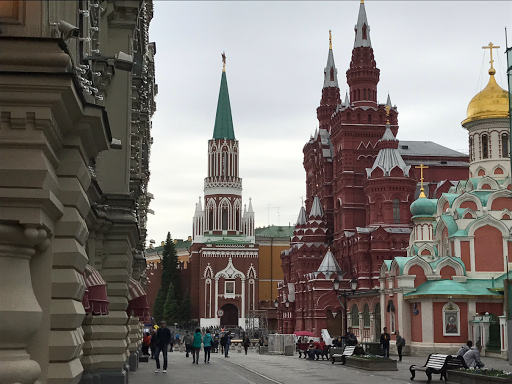 The first floor of the museum displays ancient artefacts found in what is now Russia during prehistoric times all the way through to the middle ages, from a big canoe to vases to ritual objects or weapons. I wasn’t enraptured by this collection but the space alone is worth the visit, as each room is lavishly painted in its own unique style, esch floor a differently patterned mosaic. There was also a temporary exhibition dedicated to gold -all things gold, from ancient jewellery or religious icons to gold medals from the Soviet Union or the Olympics!
On the second floor of the museum the rooms and galleries are plainer but the collection is more modern and interesting. The explanations were all in Russian only so your guess as to their historical significance is as good as mine, but I saw lots of old books, handwritten and then printed, furniture and outfits from 18th and 19th century society, and a plethora of household and everyday professional objects that are always curious to see. 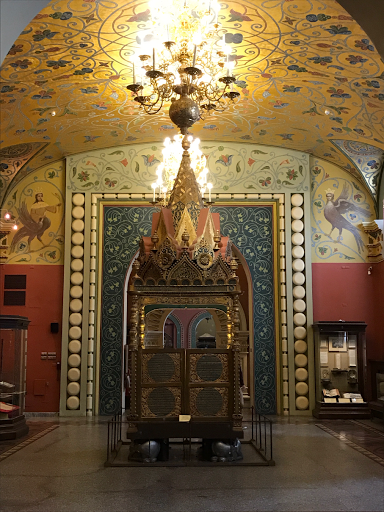 After the museum I walked along the elegant storefronts of GUM, the old Soviet general store turned upscale department store, but didn’t go in, and I walked up to Lubyanka square to look at the big scary FSB (formerly KGB) headquarters, but didn’t go in (obviously). I say scary, but in fact the building’s a cheery mustard colour rather at odds with its history as a former prison. It made me think of John Le Carré, who called the MI6 building the “Lubyanka-upon-Thames”.
I was already tired but it was early to eat, so I trekked up Tverskaya street (after having to go in and out of a metro station just to cross a road -pedestrian crossings are a precious commodity in Russia!!) past a lot of high street boutiques to check out Eliseevsky, a gorgeous art déco grocery store at the upper end of the street (if you’re going up from the Red Square, it’s on the right side of the street. Choose the right side from the beginning because you will never be able to cross the road, ever). It is preserved to look still as it did in the early 20th century, with chandeliers and modernist fixtures inspired by nature. At first I thought it was all expensive épicerie fine, but they really do sell everything from sliced bread to minced meat. I spent way too long browsing for yummy souvenirs, agonising over what was reasonably priced vs. authentic enough vs. light enough to carry. After all that walking aimlessly around, I sneaked a picture of the shop; it’s a wonder really that security didn’t kick me out! 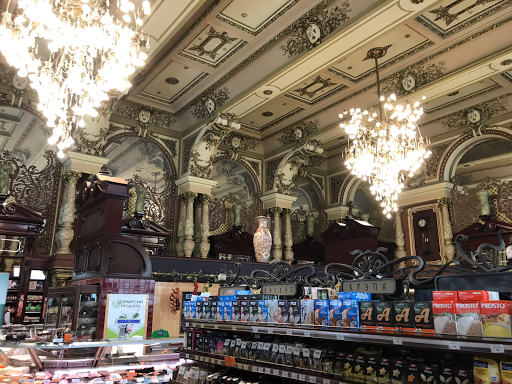 By now it was very definitely lunchtime, so I walked (walk walk walk) over to Lepim i Varim, a tiny, trendy pelmeny restaurant where I only barely managed to get a seat. I grew anxious in the queue where you have to place your order because everything was in Russian only, but they do keep an English translation of the menu, so crisis averted! I ordered a generous bowl of chicken pelmeny (a type of Russian ravioli) with sour cream and pesto, and a drink that I thought was orange juice, but was… a juice of something else that was the colour orange? It all came out for ₽500 (€8) and it was delicious! I want a branch in Versailles! Like Eliseevsky, this was another insider tip -thanks!! Hopefully I can pay it forward by recommending it here.
Feeling replenished, I meandered back down to Revolution Square, making sure to walk by the Bolshoi Theatre; we have tickets to see a ballet on Friday, and I wanted to ensure I could locate the New Stage (it’s to the left of the historic building and up some stairs). 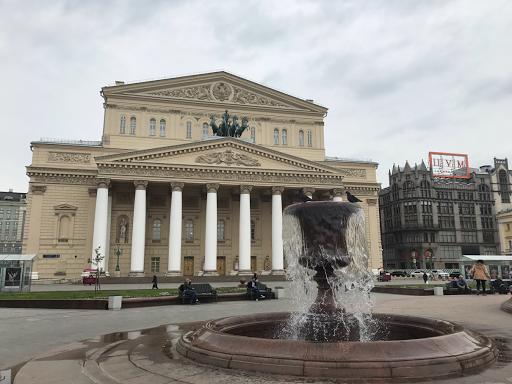 Before getting back to the hotel for a rest I stopped at a Russian café for dessert, where the barista panicked and very nearly fled the scene when he saw I was a foreigner. I don’t begrudge them not speaking English, it’s their surprise which surprises me. Surely in central Moscow foreigners aren’t that uncommon? In San Sebastian you can’t leave the house for ten minutes without hearing English or French spoken around you… Perhaps there are still not many Western visitors?
Anyway! I need to start drawing up a plan for tomorrow!