Last day in Seattle, last day of holidays! Today I took my sweet time getting out of the hotel and walked over to Pioneer Square, the original enclave around which the city of Seattle would grow. There’s not much to look at, outside of a Native American totem pole and a microscopic but pleasant waterfall garden around the corner.

Since I wasn’t getting much traction there, I took a Link back up and went to the last big chunk of Seattle that I had left: the Seattle Center, an area with museums and galleries built originally for the 1962 World Fair. This is, of course, where the Space Needle is! I didn’t go up, but it was great to look at it up close after seeing it in TV shows and movies for so long.

I started by visiting the Bill and Melinda Gates Foundation, which has a small and free exhibition space for visitors. Microsoft is of course based here in Washington state, hence the foundation having its HQ in Seattle. I was very interested in the exhibits explaining the foundation’s goals and methodologies. One of the distinguishing elements of the Gates Foundation is their approach: rather than investing in general areas, they identify very specific problems and then use their vast resources to try to solve them fully and completely. For example, the exhibits said they’re currently trying to fully eradicate wild polio and Guinea worm disease. According to my friends who do work with international organisations, this MO is if course not above reproach: I’ve heard that their laser focus on some issues is sometimes accompanied by ignoring local advice and knowledge, and of course it means by necessity not engaging with other larger issues. 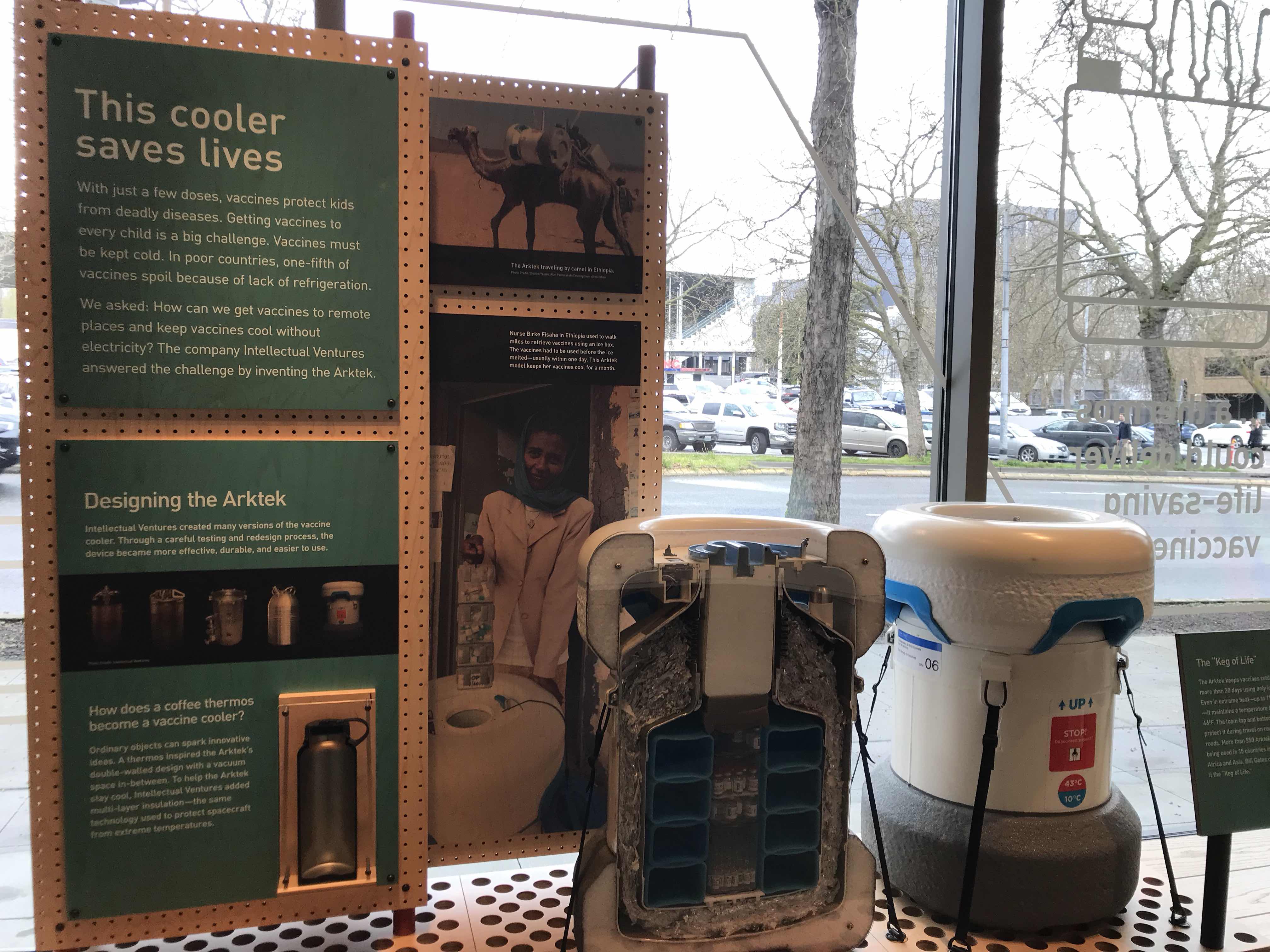 It was after noon and drizzling, so I made my way to the so-called Armory in the Seattle Center, which looks really more like a hangar than anything else, and which currently doubles as a food court. There are outposts of some local restaurants and cafes here as well as some chains like Starbucks (wait, I guess here Starbucks does count as a local business…). I had lunch here and moved on to my next target: the Museum of Pop Culture!
MoPop is a celebration of all things pop culture, including lots of geeky stuff but not exclusively. It is based on an amorphous but colourful building that looks as if The Blob was trying to devour a Frank Gehry pavilion. 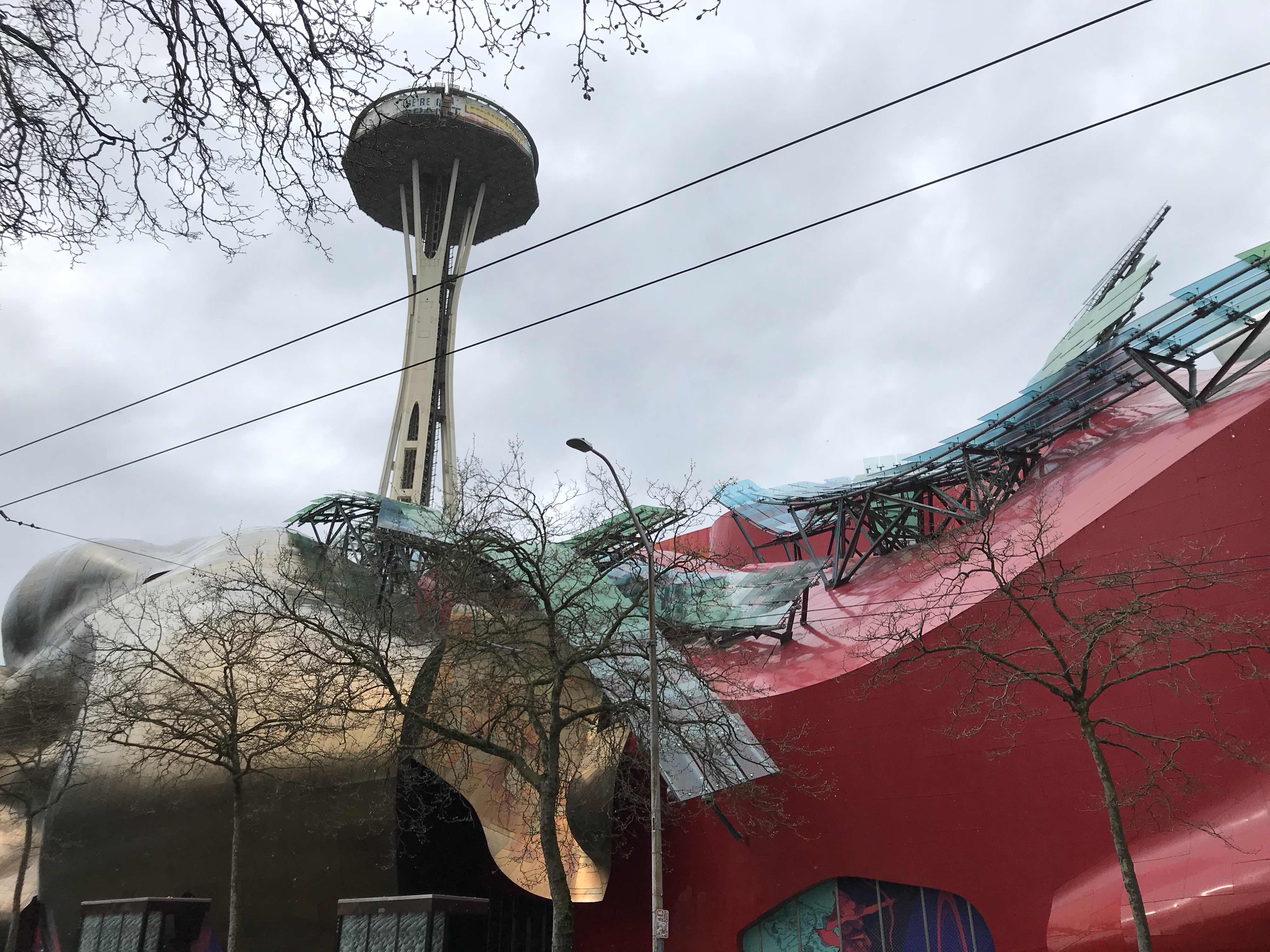 The $28 ticket is highway robbery, but it’s a super fun and varied museum to visit, and I guess I’ve been saving money in previous parts of my trip! There’s an exhibit dedicated to the horror genre, with Freddy Kruger’s sweater or Jason’s hockey mask; a Sci-Fi section with a Terminator and Six’s iconic red dress from BSG; a Fantasy gallery with three of the costumes used in The Princess Bride… plus I was surprised to find Blizzard artwork in this gallery! 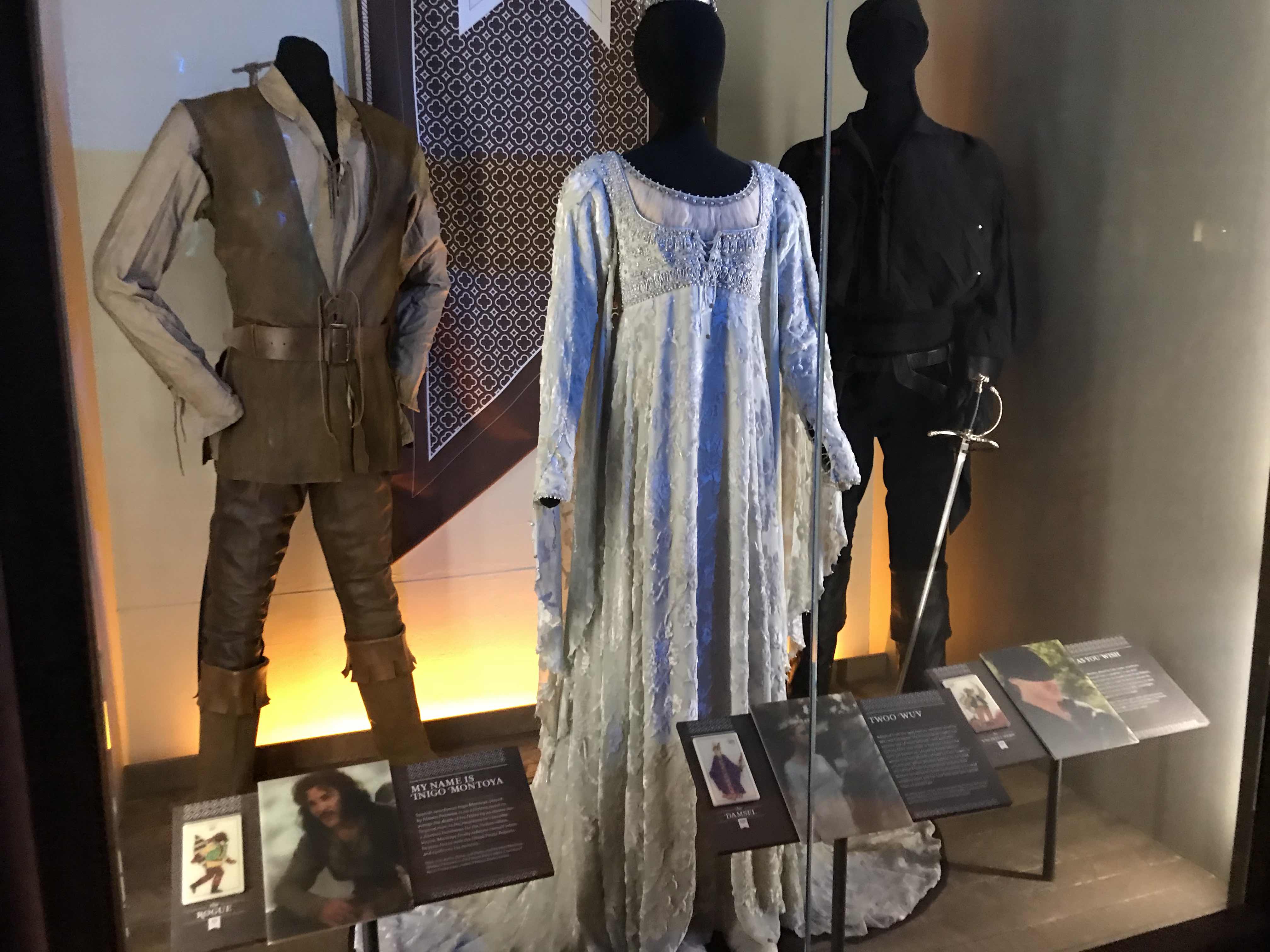 There’s also an entire themed exhibit designed to Star Trek, and even though I never followed any of the shows, it’s remarkable how many costumes and props from all the different incarnations of the series and its movies they managed to collect. It really feels like a labour of love and fandom. There’s a “hall of fame” honoring writers and creators of fantasy and sci-fi novels and films -I let out a geeky squeal when I saw Rachael’s shoulderpadded suit from the original Blade Runner! 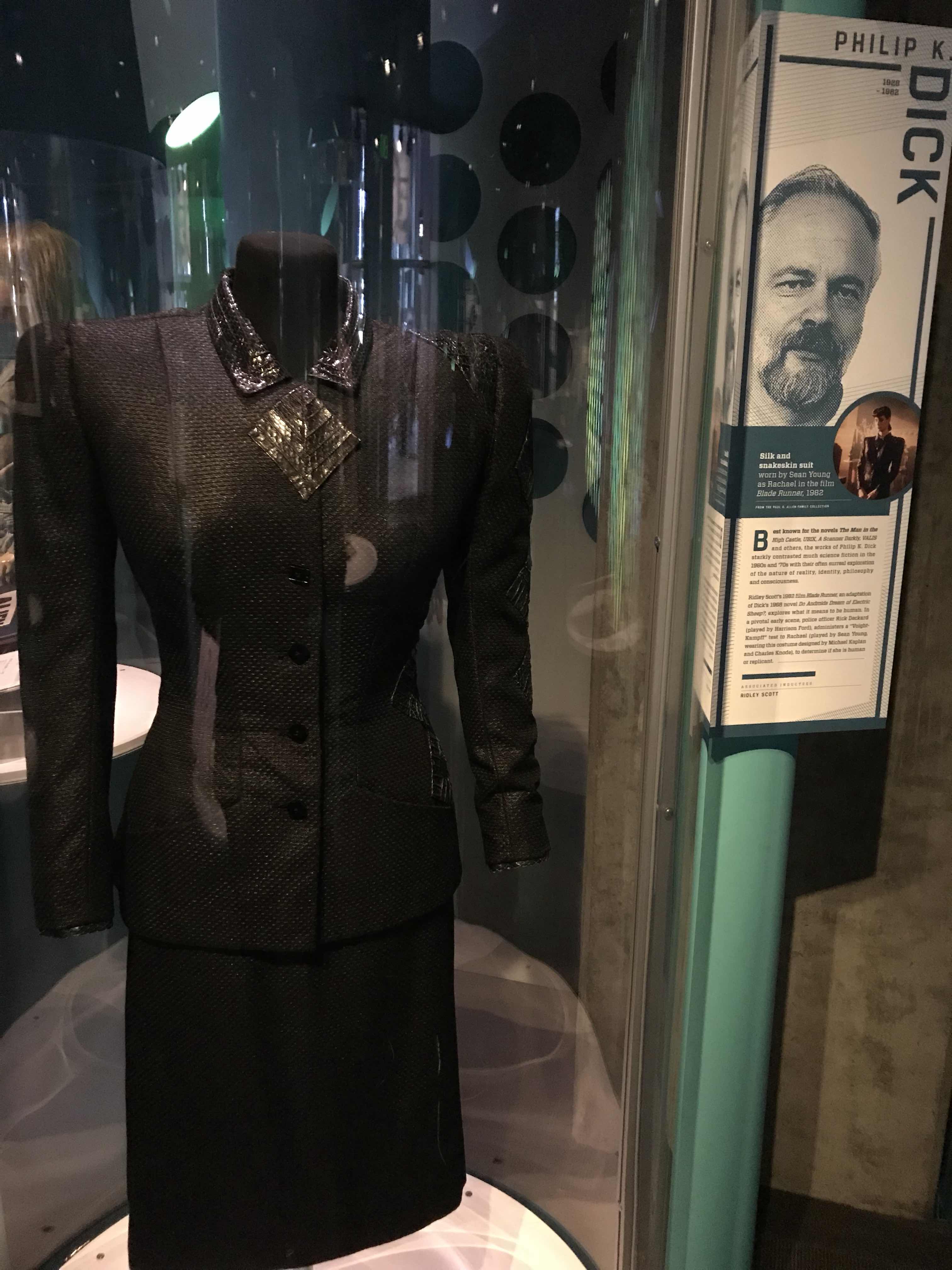 It’s not all geeky stuff, though. In the centre of the second floor, around a spectacular sculpture made with hundreds of electric and acoustic guitars, are galleries paying tribute to two of Seattle’s most famous musicians: Jimi Hendrix and the band Nirvana. The former seemed a bit light on content, relying mostly on photographs, while the latter had several instruments and notes that belonged to the band. I’m not terribly familiar with either but it was nice to see the city honour them.

After checking out the museum shop (not that extensive! Expected more) and a tea break, I moved on to the Chihuly Garden and Glass next door. Although strangely named, it is an exhibition space for the glasswork of Dale Chihuly, a Tacoma native who became a famous glassblower, designer and sculptor. His most recognisable work is a series of hanging glass sculptures with snaking tendrils of bright colours. Turns out I had already seen his work before, without knowing it, hanging over the lobby at the V&A museum in London.

It’s not a very big exhibit, but the glassworks inside are unique, and well lit in dark rooms to best display the complex layers of colour in the glass. There’s also a glass conservatory from which you can see the Space Needle towering over you. As a bonus, the store has lots of interesting designery stuff to browse! 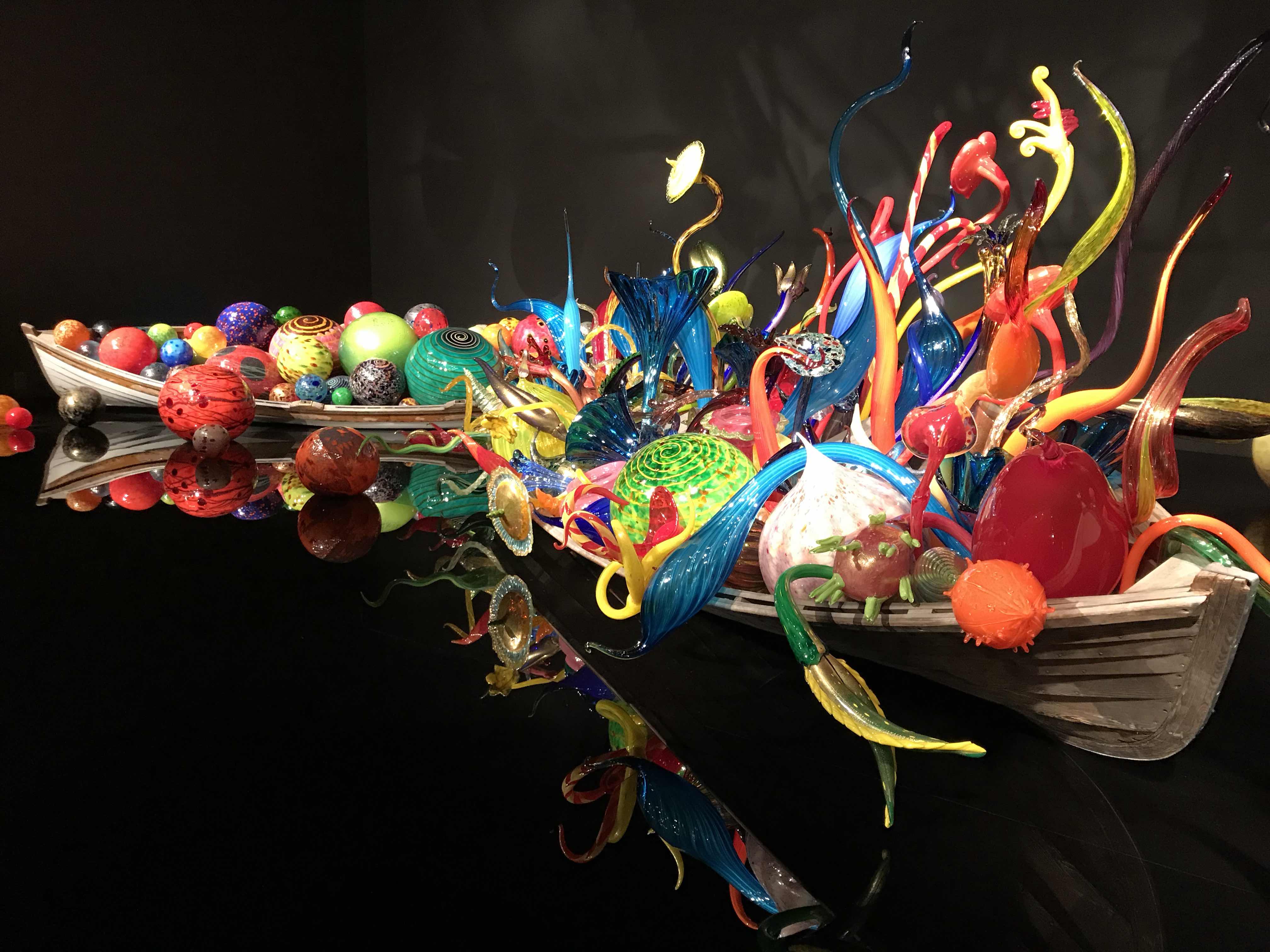 (It’s not that shops are my favourite part of the visit, by the way. But I misjudged the time it would take me to see all these things, and as a result I had one hour to kill before my play at the Center Stage. It’s cold and rainy so I’ve done a lot of bored browsing to pass the time. I’m currently typing this entry on my phone, hooked to a charging station near the monorail.)
Eventually I loitered enough thay it became showtime: I had tickets to see The Merchant of Venice! It’s not a very Seattle-themed play, I’ll concede, but I wanted something to do while sitting, and it’s at the Center Stage theater inside the Armory building at the Seattle Center, so let’s say the venue will fulfill the tourism quota!
The play was great; I’d never seen it performed before. I’d also never seen Shakespeare performed in the US; it felt weird to hear the original text delivered with American accents! The best performances were by two actresses: the one who played Portia, who could make us laugh just with the raising of an eyebrow, and the one who played the traditionally male Shylock, who filled the role with gravitas and severity. The guy who did the usual Shakespearean comic relief (Lancelot) was hilarious as well!
And after the show, I went back downtown… on the monorail! Yes, the World Fair included the construction of the world’s first commercial monorail, which now connects it -a very short distance- to downtown. Did I spend the whole ride mentally humming the Simpsons’ Monorail song? Damn right I did! Monorail!! 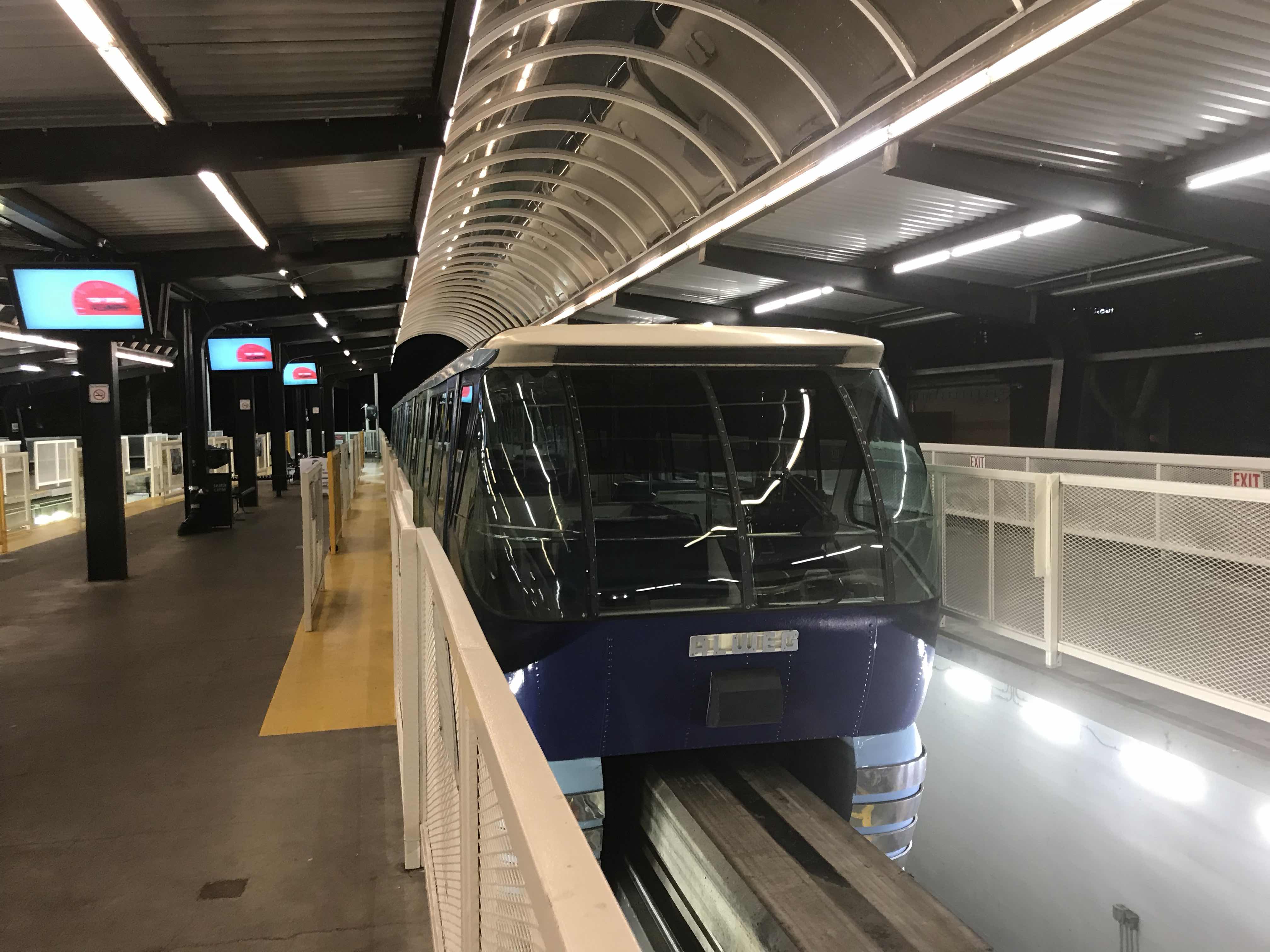 The monorail has a nice retrofuturistic look to it but is really rickety -it creaked like the roof could blow off any minute! On the upside, I got to see the city lights from above the street for a bit.
I’m afraid this is it for this American trip, as I fly back to Paris tomorrow. It’s been a very rewarding and diverse experience: from sleepy, historic Richmond, Virginia, to the big cold city of Chicago, to the indie insouciance of Portland, Oregon, to the tech haven of Seattle, Washington. It’s fascinating to see so many sides of this enormous country, so many different landscapes, lives, styles… and how many do I still have left to discover?