After five days of intense sightseeing, and with a Mexican wedding coming up tomorrow, I wanted to take it easy today, so instead of a list of monuments and museums I chose instead to walk around nice neighbourhoods.

I began in the Centro by checking out the Shops At Downtown, which is an old hacienda that has been converted into a modern space with several shops, all of them selling Mexican-made artisanal objects, and it also has a branch of the famous Azul restaurants. I was a bit too early to eat, and at 11:00 it was a bit early for the shops too as many of them were just beginning to open! It must be a cool place once it’s properly up and running. 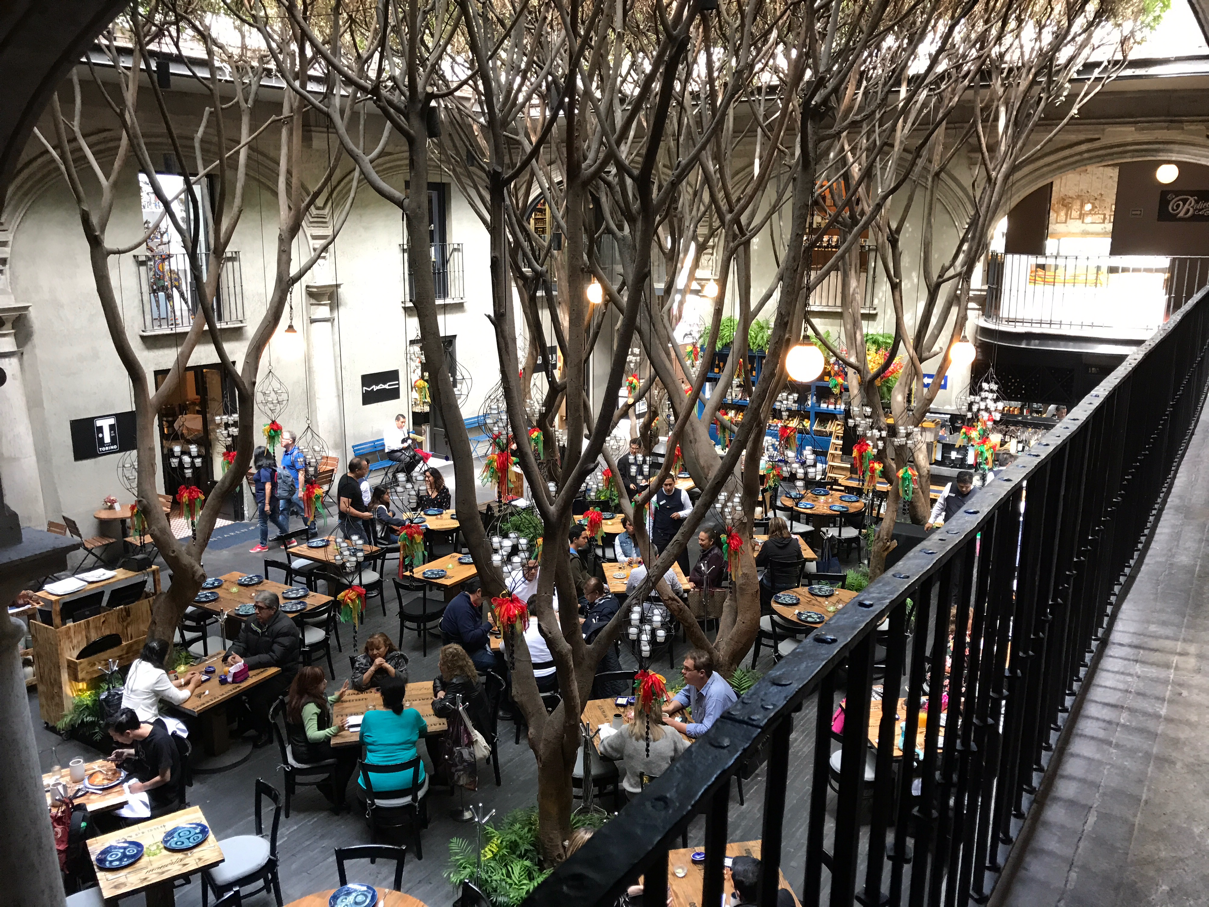 Next, I continued my walk towards Alameda and stopped at the Palacio Banamex on the way. It’s a restored 18th century palace, built with dark volcanic stone, which now hosts free art exhibitions. This time they exhibited religious Mexican art of the 18th century, during the colonial time. Really the space itself is more interesting than the work, but it’s free! 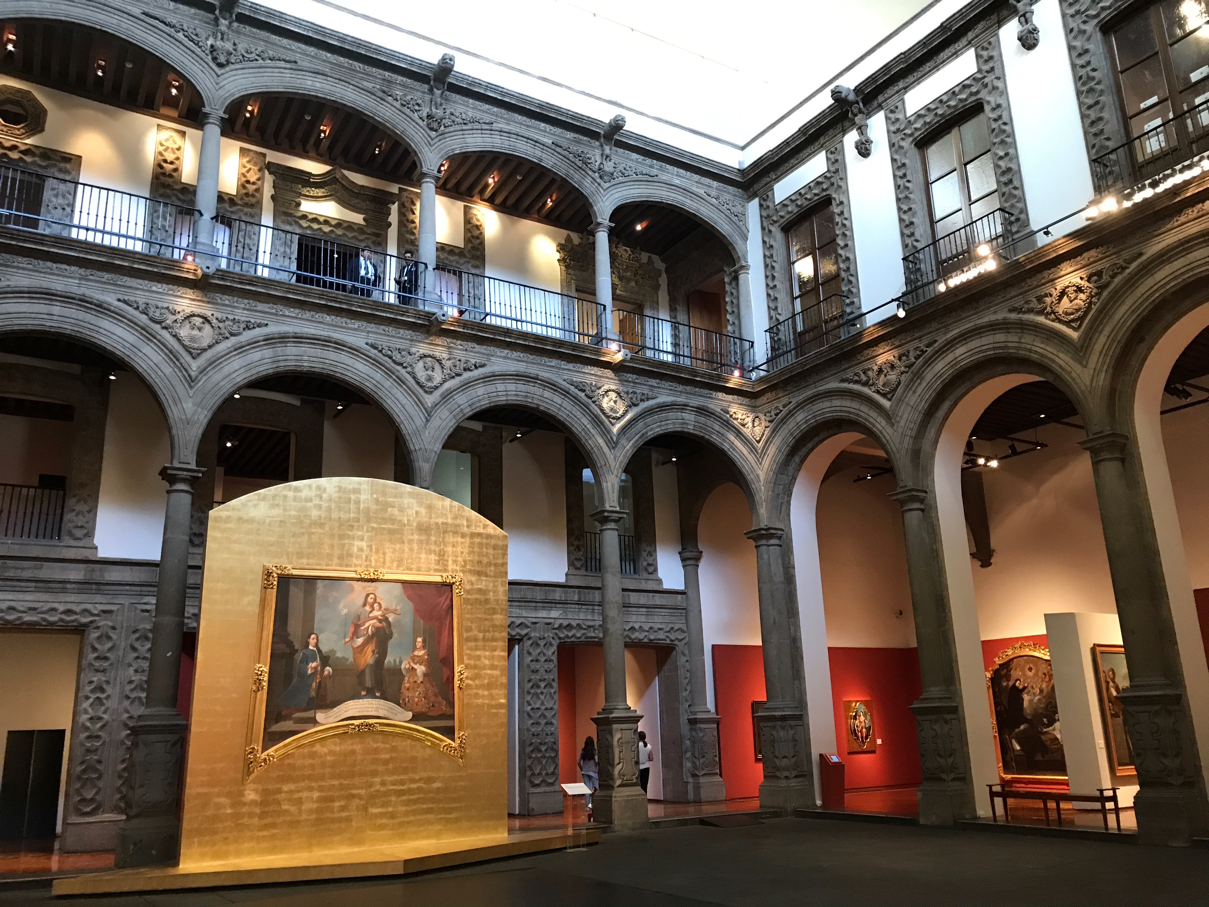 I was thinking of going to the Franz Mayer museum next, but I think I just forgot. Instead I went to the Roma neighbourhood and went to a cinema to watch a movie. I needed an activity where you sit for two hours, and found a multiplex that played undubbed movies (most seemed to have only the dubbed versions). The seats were large and comfortable-just what I needed!
After that, I walked just a couple of blocks to Calle Ámsterdam, a curious triple-laned, elliptical street that surrounds the Parque México. It goes the whole way around, so you can enter at any point and just go full circle. It’s full of hipster cafés, nice American and European restaurants, and fancy design stores. The wild, tropical-looking trees that line the avenue’s central lane reminded me of Hanoi. 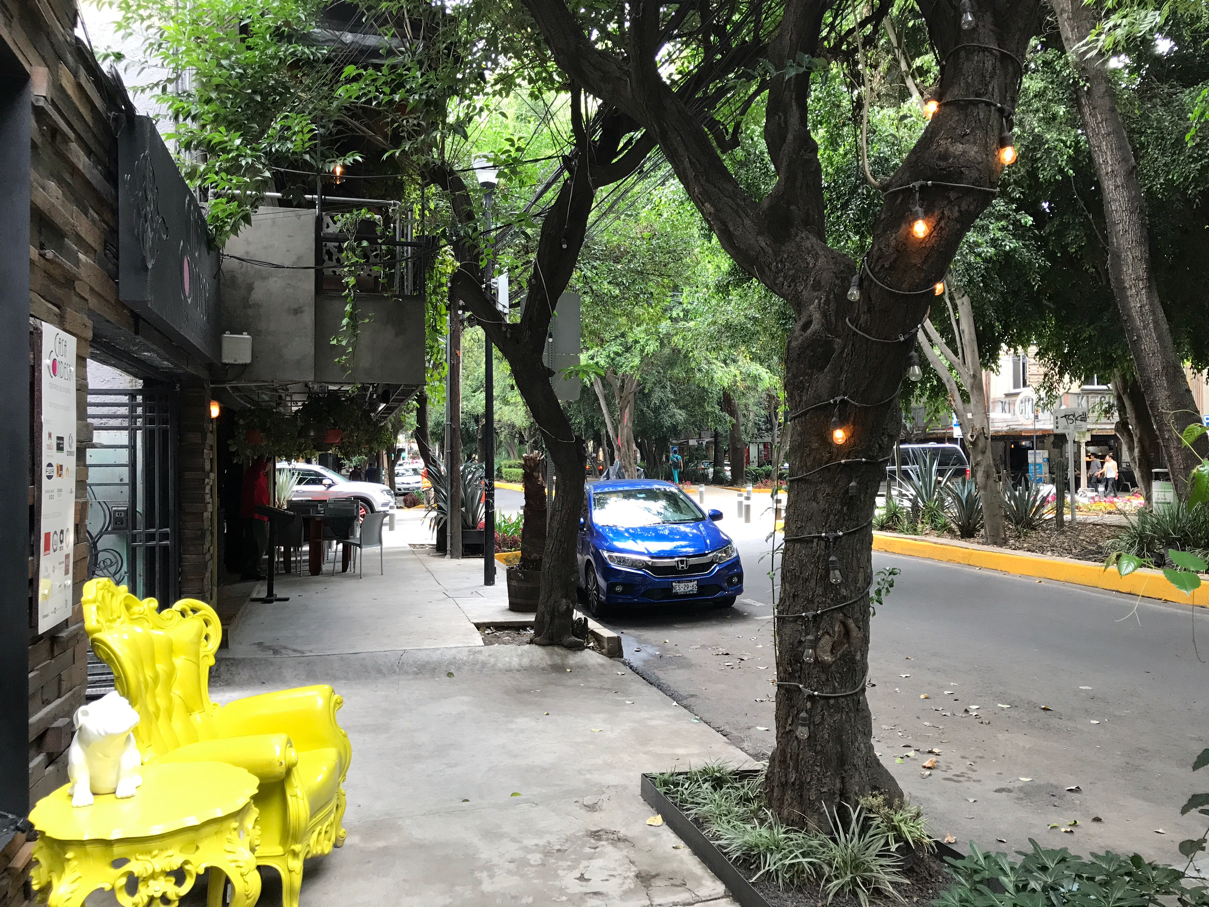 It’s a very nice walk, popping in and out of stores and peeping at what people are eating, although I would inevitably be on the opposite side of the avenue whenever I spotted an interesting shop and would have to cross over. As I walked the hot day sun gave way to dark clouds, so I thought it prudent to call it a day and went over to the metro. This was a mistake: it was full-on rush hour and when the train came it was completely full of people, not a single soul could get on, and nobody got off. I hightailed it out of there and called an Uber; it was also rush hour on the roads, of course, but at least I got to sit while waiting in traffic. And sure enough, only a few minutes later all hell broke loose and a rainstorm accompanied us all the way to the hotel, raindrops thumping against the car’s roof. Dodged a bullet there!